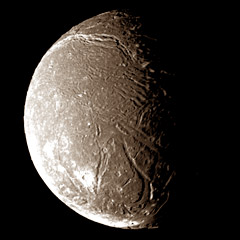 Fourth largest satellite of Uranus, and 719 miles in diameter, Ariel is a substantial little moon - enough of a world to be rounded in shape, and to figure in the literature of the Old Solar System.

Stid:  And how well does it figure - has it acquired a literary identity?

Zendexor:  I believe so, yes, but its status is precarious, the literary sources barely sufficient, scanty and few.

On the other hand that makes it all the more fun, in a way, to tease out what we do have.

...Captain Future expertly swung the Comet in around the darker, little globe of Ariel, the innermost moon.  Soon they heard a whistling shriek outside the ship as it penetrated the atmosphere of the satellite.

"Skal Kar's laboratory is around on the night side now," Curt Newton muttered, peering down at the moon.

The nighted landscape of Ariel, illuminated by the soft green planet-glow of the great sphere overhead, was forbidding.  As the Comet flew low over the green-lit jungle, they could make out strange, swarming creatures.  They were nearly all of one species - shapeless white masses of flesh that flowed through the vegetation with a gliding jelly-like movement that required no limbs.

"There they are - the devilish things that give this place the name of Monster Moon," Otho told young Johnny Kirk.

"Aw, they don't look so tough," declared Johnny skeptically.  "They're so slow I could put the blast on 'em before they got near me."

"You think so, do you?" Otho retorted.  "You'd find out different.  Those gas-beasts, as they're called, have a very effective weapon.  It's a stupefying gas they generate inside their bodies and jet out for a hundred feet or more to overcome their prey."

Stid:  Well, go on, go on!  Presumably the Futuremen tangle somehow with the gas-beats...

Zendexor:  Not in this story, The Magician of Mars.  And it's the only one in my collection which makes mention of Ariel.  So you can see, that moon's inclusion in my site is a borderline business...

Stid:  What would we do without Captain Future...

Harlei:  It's also a pity that we don't have more background in Donald Wollheim's The Man from Ariel. 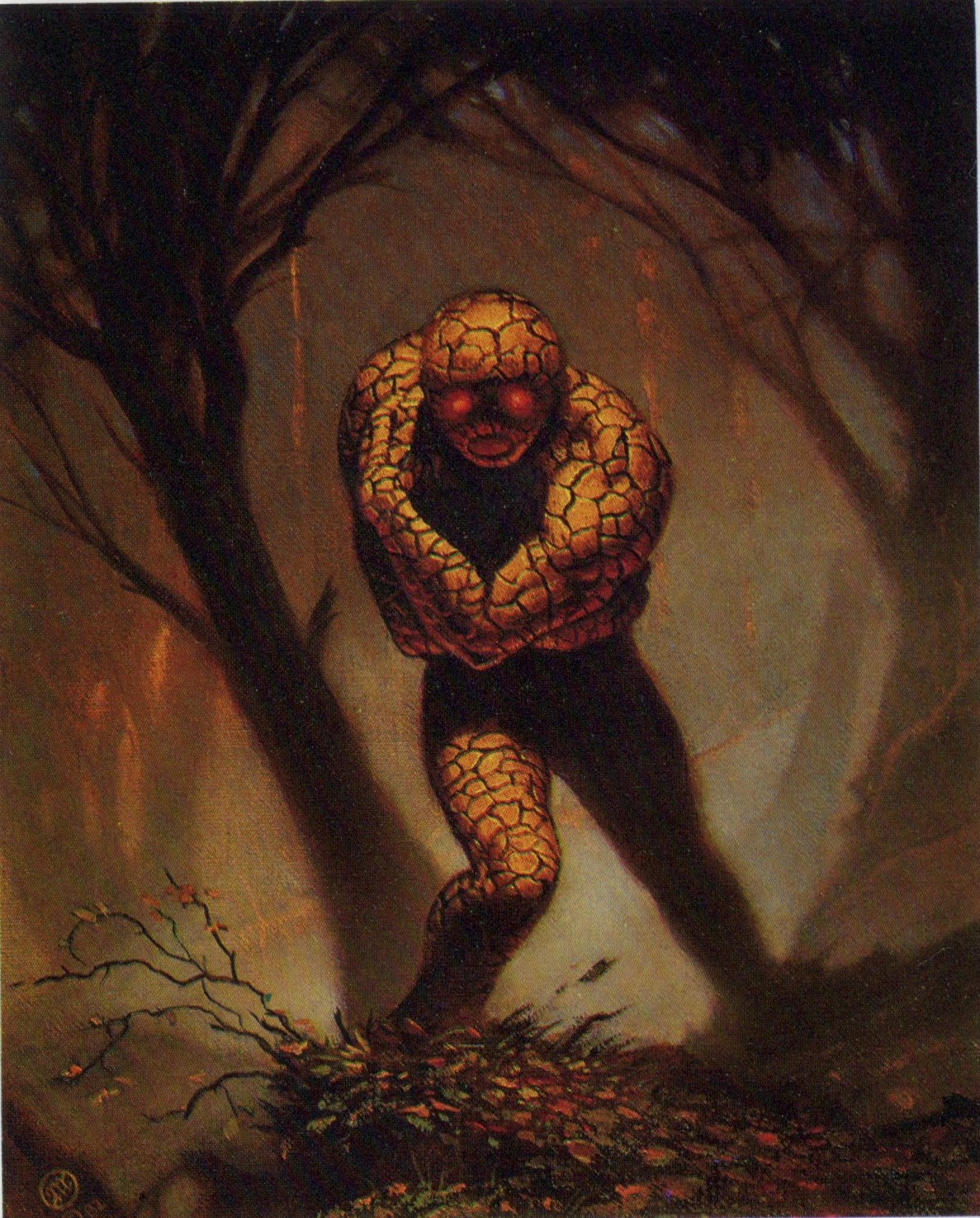 the arrival from Ariel

Zendexor:  One of our childhood memories, that little classic.  An eighteen-year-old author's first story, which he tells us was "accepted in a few weeks, published in a few months and paid for in a few years".  For a snippet of a scene from it, see Launch Site on Ariel.  As you hint, it's enough to make us want much more.  But who knows - if there had been more, would it have been such a haunting tale, stuck in our minds so powerfully?  The tragedy and triumph of the first space traveller, flung from his tiny native moon with the intention of achieving a fly-by of Uranus, but who, due to a fatal miscalculation, ends up on heavy hot inner planet, Earth - this plot does not require a very detailed scene-setting examination of Ariel itself.

Anyhow, we have enough to be going on with - a little seed-impression from which to build the mental image of a world.  More to come, we hope.