Planets with hollow interiors provide us with a special brand of story-setting.  Habitable worlds-within-worlds.

Pellucidar is the best-known example, the inner surface of a hollow Earth.  But there is another possible scenario: a free-floating globe inside the Earth.  In that case, you can write about life on that inner globe's outer surface. 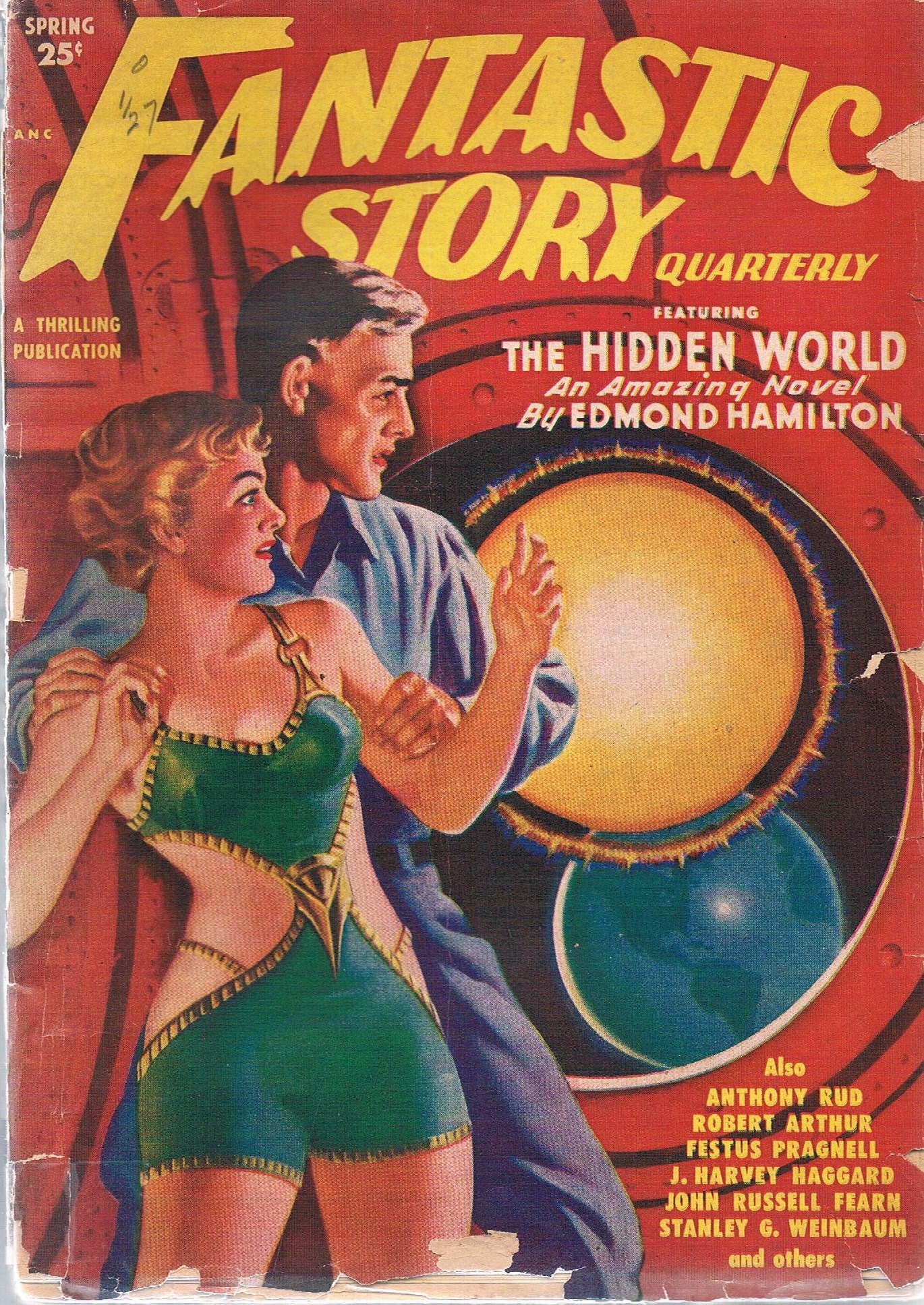 That's the situation described in The Hidden World.  It's a tale of crisis.  The inner globe is so unstable, it's threatening to break up.  So the creatures who live on it try to escape their fate by flying across the inner gap to the outer Earth's crust, which they then intend to drive a shaft through, with the intention of emerging to annihilate us and possess our world.

Harlei:  Hey, I've read that story, and I don't recall any women in it.  Do you mind telling me...

Stid:  Who's the babe in the picture?  I'll tell you.  It's a science-fictional construct that mysteriously appears on pulp-magazine covers.

Zendexor:  Perhaps the editor of Fantastic Story Quarterly thought the actual denizens of the Hidden World were not sufficiently shapely for the cover.  But there is a picture of them inside the magazine.

Original, eh?  The inner-globe idea has a lot of potential...

Stid:  What about illumination?  Pellucidar has light from its tiny central sun, but if the Hidden World is the central orb... what lights it?

Zendexor:  Easy!  The inner globe is lit by the molten fiery inner surface of the outer globe.  You see, the author has it all worked out.  It's a good enough structure for the purposes of the story.

Zendexor:  I agree.  In fact I don't think I've read any inner-globe stories apart from The Hidden World, whereas I can list two other inner-surface-of-outer-globe worlds, in addition to Pellucidar, namely the inner Moon in The Moon Maid, and the inner Vulcan in Outlaw World. 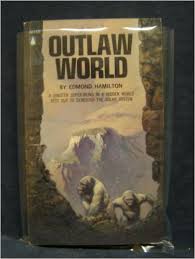 Zendexor:  And why not?  Nothing to do with Mr Spock's birthplace, of course.  I'm referring to the putative infra-Mercurian planet.  Astronomers seriously tried to look for it, for a while.  And Captain Future finds it in Outlaw World.  At first he thinks there can't be life there, but then he finds a way in...  to a hollow world inside Vulcan's molten crust.

I suppose the author thought it might stretch one's capacity for belief too far, to have life on the outer surface of Vulcan.  Considering where that planet is supposed to be.

But for a hollow Earth the situation is different.  Here we are offered a ringside seat at a world-stretching augmentation of our planet, which gives it dual status of "home world" and "other world".

I mean, here we can pinpoint the vital change of mood, as an Earth story becomes an other-world story.  It must happen at some precise stage during the descent -

In At the Earth's Core it happens (to me, anyhow) the first time the temperature readings in David Innes' underground prospector become inexplicable.  And then more strongly when he and Perry - believing it has miraculously returned to Earth's surface after having doomed them to a descent into the fiery core - are astonished to see broad daylight:

"Something seems to have gone wrong either with our calculations or with the chronometer," I said.  Perry shook his head - there was a strange expression in his eyes.

Only in sf can you get moments like these.

For a universe of hollow worlds englobed in "Outer Matter", see Man of the World.