what to see on
the sun 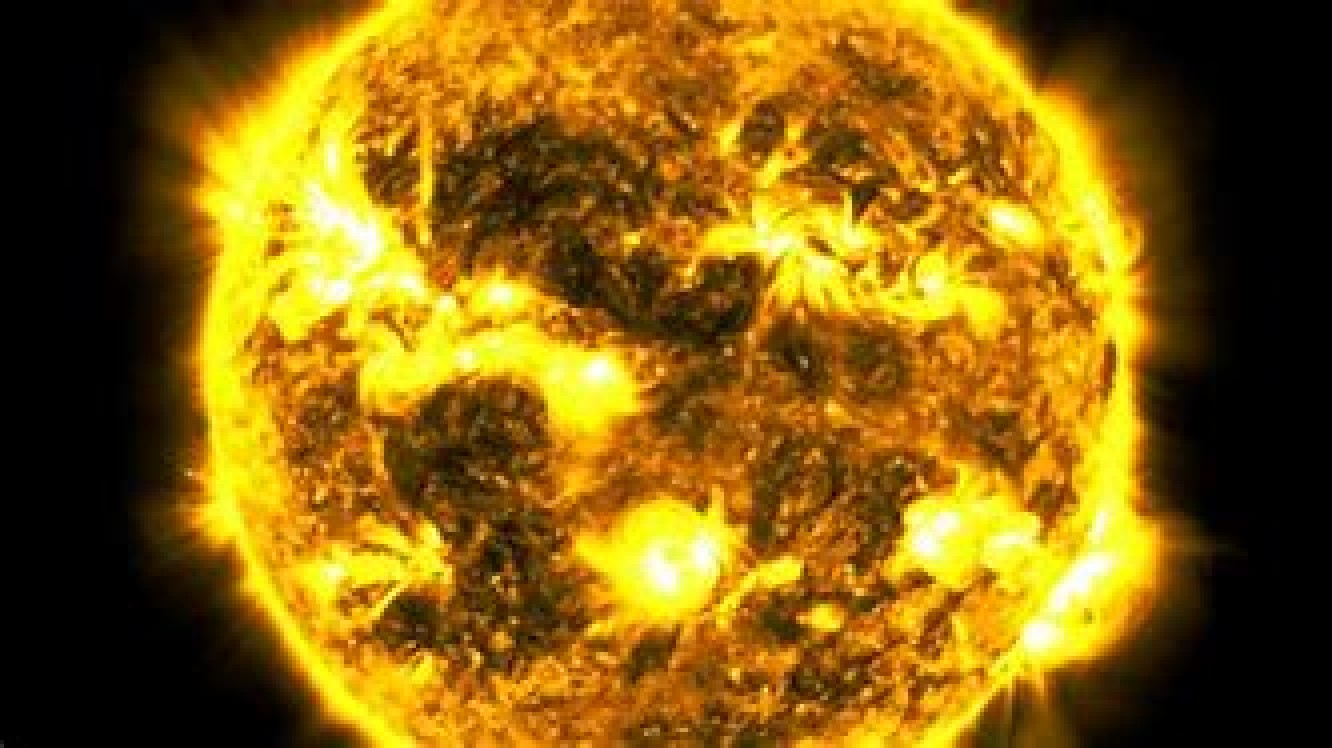 embers of the far-future sun

...Half-seen, a dim unhorizoned landscape, fitfully lit by the crimson far-sundered flares of volcanoes, by bluish zones and patches of strange radio-active minerals, it deepened beneath them abysmally disclosing mountains that would have made the Himalayas seem like hillocks, revealing chasms that might have engulfed asteroids and planets.

At the center of this Cyclopean landscape burned the great volcano that had been called Hephaestus by astronomers...  Tongues of flame a hundred miles in length arose and licked skyward from a crater than seemed the mouth of some ultramundane hell...

neutronium city on the sun

...The tremendous interplay of magnetic and electrostatic fields just beyond the city's edge was as clearly perceptible to his senses as the city itself - a mile-wide disc ringed with conical field towers, stretching away behind and to each side.  The ship was poised between two of the towers; immediately behind it was the field from which Kron had just taken off.  The area was covered with cradles of various forms - cup-shaped receptacles which held city craft like Kron's own: long, boat-shaped hollows wherein reposed the cigarlike vessels which plied between the cities...

Beyond the landing field was the city proper; the surface of the disc was covered with geometrically shaped buildings - cones, cylinders, prisms, and hemispheres, jumbled together...

reborn on the far-future solidified sun

The year A.D. 1,000,000,000.  The solar system had altered profoundly.  The tidal drag had brought the moon and Earth together millions of years before, with a collision that made them fuse, flame, and create a new star.  The star circled round the old, dying sun which, as it cooled and solidified under the light of the new star, developed its first species of life-forms, simple forms radically different from the beginnings upon the former planet Earth...

He was a nitrogenised metallic spore, clinging to the peak of a jagged, titanic range of mountains fifty miles high, composed of volcanic magma, and overhanging an acid sea.  He was the life primeval, from which in billions of years of later time would arise the deathless, indestructible, purely intellectual and mathematical metallic beings who would shape the destiny of the cosmos for the inheritance of still more complex life-firms of still later trillions of years of ultra-time.

The nitrogenised metallic spore shook with the force of thoughts that all at once surged through it.  And through it too, echoing all that vast distance down the remote corridors of time, beat a name, another name...

scooping a sample of the sun

The Cup dipped into the sun.  It scooped up a bit of the flesh of God, the blood of the universe, the blazing thought, the blinding philosophy that set out and mothered a galaxy, that idled and swept planets in their fields and summoned or laid to rest lives and livelihoods.

"What'll happen when we pull it inside?  That extra heat now, at this time, Captain?"

The pump leaped on.

"Close the lid of the Cup, and inside now, slow, slow."

The beautiful hand outside the ship trembled, a tremendous image of his own gesture, sank with oiled silence into the ship body.  The Cup, lid shut, dripped yellow flowers and white stars, slid deep.  The audio-thermometer screamed.  The refrigerator system kicked; ammoniated fluids banged the walls like blood in the head of a shrieking idiot.

He shut the outer air-lock door.

The ice stopped dripping from the ceiling.  It froze again.

The ship turned and ran...