America - all of it, but especially the USA - is haunted, more than most places, by the spirit of science fiction.

Stid:  What an authoritative statement!  Coming from someone who has never been there... 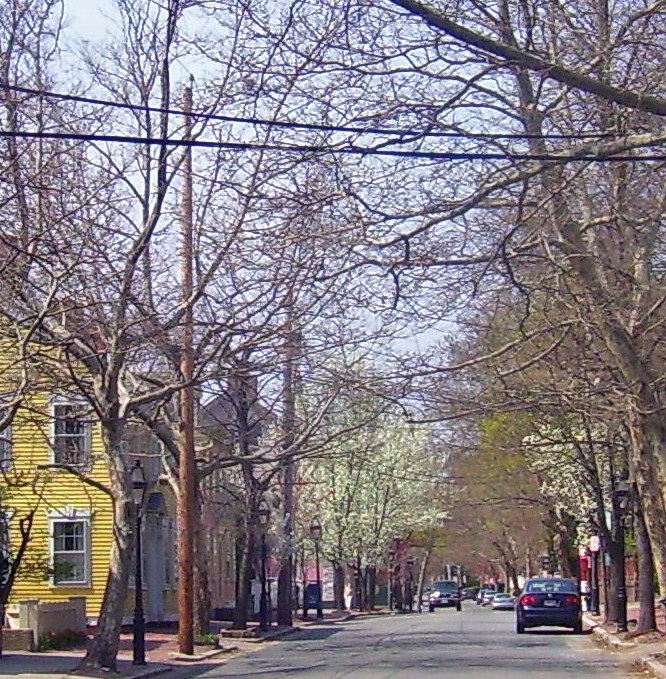 Zendexor:  All right, I am a mere insular Brit who has never crossed the Atlantic - though mind you, I'm quite an American-history buff.  But what you need to take on board is, that direct experience of America isn't necessary for me, because - I have my sf collection!!!

Stid:  That does the trick, eh?

Stid:  Isn't that just a way of saying that there have been lots of good American sf writers?

Zendexor:  No, it's saying more than that.  It's focusing on the results - the outcome of what the writers write - the haunting that their works create.  Do you not understand what I mean, in this context, by "haunting"?

Every country has its own.  Each one individual and unique.  Wipe the puzzled look from your face and listen to this passage from That Hideous Strength.

...He doesn't make two blades of grass the same: how much less two saints, two nations, two angels.  The whole work of healing Tellus depends on nursing that little spark, on incarnating that ghost, which is still alive in every real people, and different in each.  When Logres really dominates Britain, when the goddess Reason, the divine clearness, is really enthroned in France, when the order of Heaven is really followed in China - why, then it will be spring...

And to that list I might add, "when the sense of wonder shines forth triumphantly across the real land of America as it does in so many of its science-fiction stories..." 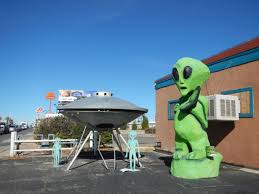 Stid:  Some people might say that the spirit of America, what you would doubtless call the special haunting of America, is its tradition of personal freedom.  Liberty.  Individual fulfilment.  The American Dream.  Or pioneering - as in the Wild West.

Zendexor:  You're suggesting things that have been said often, whereas what I am saying has never been said, so far as I know.  Of course there may be a connection between the sf haunting and the socio-political American Dream, insofar as literature to some extent reflects society, but I'm not making that point - for I tend not to be as impressed as some are, by the American political achievement, at least not nowadays.  As for the Wild West, there's an obvious analogy between that and the space frontier.  But this page is about the stoop of infinity as it whispers in the local air; colossal dreams that press down upon particular plots of land.

Harlei:  You can start talking about Grant County now.

Zendexor:  Yes, exactly, it's time we got down to geographical details, the whole point of this page!  Having a Simak phase, Harlei?  You've picked a good place to start.  Grant County, Wisconsin.

There is one spot which has always had, from the very first, a sense of the special for me.  If I were still a child I might best explain it by saying that it seems to be an enchanted place.

It is a deep cleft in the bluff that runs down to the river valley and it is located at the north end of the bluff pasture.  There is a fair-sized boulder at the top of the cleft, and this boulder is shaped approximately for sitting, which may be one of the reasons why I like it, for I am a man who takes to comfort.

From the boulder one may see the sweep of the river valley with a stressed third-dimensional quality, due no doubt to the height of the vantage point plus the clearness of the air, although at times the whole scene is enveloped with a blue mist of particularly tantalizing and lucid clarity.

The view is a charming one and I have often sat there for an hour at a time, doing absolutely nothing, thinking nothing, but at peace with the world and with myself.

But there is a strangeness to the spot and this strangeness is one that I find hard to explain...

Picture this scene, described shortly before Asher Sutton from the 80th century comes back in time to work for his ancestor, old John H., in Time And Again - a tale which outstandingly captures that glowing link between real places and science-fictional events, which this page is about. 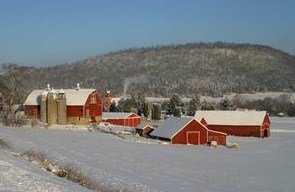 Picture also the wonderful community of Coon Valley in Neighbor, the bluff country of The Marathon Photograph, the classic small town of Millville in All Flesh is Grass, and innumerable other stories set in what one might call "Simak Country" - southwestern Wisconsin.  Also the mysterious Auk House which spreads the Simak magic out to the New England coast.  All these are tales to read again and again and again throughout one's life.

Harlei:  Good, and now you must mention other writers -

Harlei:  If I sound bossy it's because I have taken on board what you have said elsewhere, Zendexor, about Earth being the king planet of the Solar System, and how we are free to visualize it as a world richly layered with probability dimensions.  So I am in an eager hurry to go on from all those topics we discussed in the page on time travel and reality change, to here where we talk about the real added hauntings, dimensions for real, added by literature.

Stid:  And not only in science fiction; you could say that Raymond Chandler's LA is an extra dimension added for real.  Some tourists who go there now, go there to see it because of him....

Harlei:  Well then, I can't wait to gabble on, not only about Simak's Wisconsin but also for example about ERB's Arizona in the opening chapter of A Princess of Mars, Clark Ashton Smith's Californian Sierras in the opening chapter of The City of the Singing Flame, the locations in Heinlein's The Puppet Masters - Grinnell, Iowa, Kansas City and the Adirondacks; Philip K Dick's California; H P Lovecraft's New England; and... 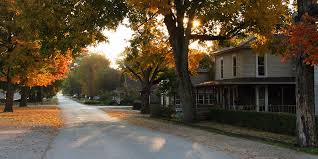 ...the countless unspecified small-town locations in thousands too numerous to mention by name or author, but which build up a picture of a country on the verge of a veritable Twilight Zone of cosmic attention...

Stid:  For once, Harlei, our two hearts beat as one.

Zendexor:  So you must feel a bit lost, Stid, not having any critical points to make. 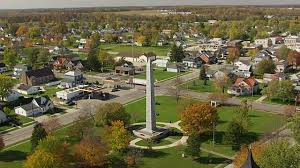 Stid:  Ah but I do have one - a positive criticism, that is.  An addition to what Harlei is saying.

I want to make what to me is a surprising point about small-town America, and that is that one of the best science-fictional portrayals of that milieu comes, with amazing authenticity, from the pen of a Brit, would you believe.  In Three to Conquer and With a Strange Device Eric Frank Russell gives us a 1950s type world in which... well, I don't know.  Don't know where the enchantment comes from....

Zendexor:  I do.  It's a world in which a certain level of decency is taken for granted.  The western world wasn't yet a sodomocracy...

Stid:  I wish I hadn't said anything now.  I might have known you'd go into reactionary mode... 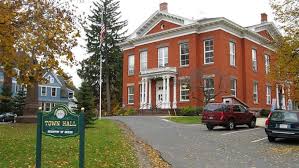 Zendexor:  Actually there's a practical use for reactionary mode in composing a story: the decency-dimension makes for a good tale because it is (if you like) the equivalent of the Shire in Tolkien's world - an excellent starting-point for adventure.  Here let me refer to one of Edmond Hamilton's yarns which is not strictly OSS, but Earth-Interstellar.  In that gem of a novel, City at World's End, Middletown - the town that is suddenly blasted into the future - is full of ordinary decent folk.  It's best to have a comfort zone to start from.  Makes the adventure more impressive.

And as for us who have to live in reality - no matter what moral darkness may have fallen upon us, we can still snuggle up with our sf collection and escape to a better world.

Stid:  Escape back to the Cold War era!  No thank you.

Zendexor:  Read The Store of the Worlds, if you want to know why one should wish to escape back into a bad time.

For the "sparsely-speckled oceanic" thrill of Keith Laumer's The House in November see Nebraska Invaded.

For fascinating periodicities of 80 and 41 years, see the OSS Diary for 22nd October 2016.

For the compressed time-span of the American saga see Living as long as John Carter.