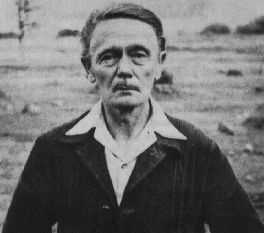 Smith's OSS output consists of a handful of unique, great tales - yarns which meld two virtues, rarely combined, namely the colourful-macabre and the far-calling-sense-of-wonder.  He also wrote another handful of stories which are likewise relevant to this site, and which, though not so outstanding, are nevertheless well worth reading and re-reading.

On (or concerning) the Sun:  Phoenix.

On Mercury:  The Immortals of Mercury.

On Venus:  The Immeasurable Horror and A Voyage to Sfanomoë.  There is also a
Venusian CLUFF in the Mars tale, The Vaults of Yoh-Vombis.

On near-future Earth (2197 AD and after):  The Metamorphosis of Earth. On mid-future Earth (15,000 AD or so):  An Adventure in Futurity.  On far-future Earth:  Phoenix.  (The Zothique stories are also set on a far-future Earth but they are fantasy, not sf.)  There is also a first-rate evocation of the mountain country near Smith's home town in the transdimensional visionary masterpiece, The City of the Singing Flame. 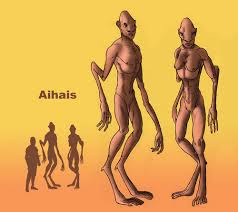 On Mars:  Vulthoom, The Vaults of Yoh-Vombis, The Dweller in the Gulf, Seedling of Mars.  (The first three of these stories are set on the same Mars - that of the Aihais and their predecessors the Yorhis.  The fourth tale, presenting an alternative evolutionary scenario in which plant life came to dominate, is not connected to that series.)  Also there is the four-page fragment of an unfinished tale, Mnemoka.  See also the Martian CLUFF from Ascharia (Mars being "Mhuth" in Lemurian).

Among the asteroids:  Master of the Asteroid.  Also two fragments of tales, Ascharia and The Master of Destruction, which have as theme the asteroids' progenitor planet.

On Ganymede:   See the Ganymedean CLUFF from The Plutonian Drug.

On Saturn:  The Door to Saturn.  See also the Saturnian CLUFF from Sadastor, and the lines from The Hashish Eater.

On Uranus:   See the lines from The Emperor of Dreams.

On Pluto:  The Plutonian Drug

See the podcast on The Immeasurable Horror. 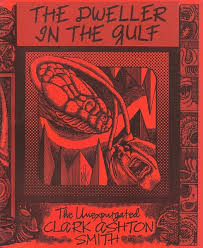 Harlei:  But don't read The Dweller in the Gulf until you've read the others; and even then, my advice is not to read it at all - it is just too gloomy and horrible.

Harlei:  Over-sensitive, is what you really mean.  But actually my main worry is that the tale might put off readers from sampling the others, the really great ones.  I have that same worry a bit with The Vaults of Yoh-Vombis - it's not bad (might have been better if Smith had not been forced to cut it), but it's not a patch on Vulthoom. 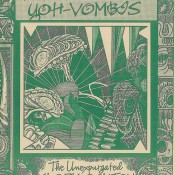 Zendexor:  That's a controversial statement, Harlei.  I'd put it this way: it depends on what kind of Mars story you want.  Read Vulthoom if you want to be awed; read The Vaults of Yoh-Vombis if you want to be scared.  But it's natural for you to point those who are newcomers to Smith's work in the direction of his most splendid stuff, and warn them off starting with those stories which are more of an acquired taste.  By the way, are you not going to issue a similar warning about An Adventure in Futurity?

Harlei:  Many will no doubt dismiss it as a somewhat creaky tale (as is The Metamorphosis of Earth), but I find it oddly compelling.  Not to be numbered among the masterpieces, An Adventure in Futurity nevertheless lures me, wafts me into 1930s Wonder-Stories-land -

Stid:  A kind of dreamy mental state, no doubt, in which your critical faculties are suspended.

Harlei:  So glad you see what I mean.  Yes, I sink into the tale in a kind of period-dream and I find it good.  But objectively - for what that word is worth - I admit it's not a "must-read" story like The Immeasurable Horror or Master of the Asteroid or The Door to Saturn or The Immortals of Mercury or Vulthoom.

For some comparison between Master of the Asteroid and Sheckley's Alone At Last, see A Contrasting Pair of Asteroidal Hermits.  (Smith's castaway is an involuntary hermit, of coursse.)

For the story-fragment Ascharia see the OSS Diary, 5th February 2017, on the Lemurians and Mars.

For The Plutonian Drug, see the OSS Diary, 3rd February 2017.

For a Clark Ashton Smith pastiche, see The Archives of the Moon.

For an extract from Mnemoka see the Mars Quiz.

For a comparison between the merits of H P Lovecraft and those of Clark Ashton Smith, see the OSS Diary, 8th February 2017.

For Smith and technology, see the OSS Diary for 28th March 2017.

See the CLUFFs page for several quotes from Smith's tales.

For The Great God Awto see the entry for the year 5998 in Fictional Dates.

For The City of the Singing Flame - regarding the Flame's support of the Inner Dimension - see Involuntary creation of OSS worlds.

For remarks on a great website see Clark Ashton Smith, The Black Gate and Editors.

See The Tipping-Point for World-Building for discussion of the problematic date given for the events in The End of the Story.

A computer-aided illustration which might be suitable for The Vaults of Yoh-Vombis is to be found in Midjourney Mars.

Extracts:  Steamy Venus ... Earth altered by Venusian invaders ... Embers of the far-future Sun ... Guardians of the Martian Underworld ... Bad vibes in an abandoned city on Mars ... Encounter on Saturn ... Crash-lander marooned on an asteroid.