The would-be Samuel Pepys of the OSS...

MEDITATION ON THE PAGE-VIEW WINNERS

Accentuating the positive, here are some heartening developments which distinguish the latest table of page-view winners from those of the previous year, and which may interest readers who are wondering where to browse next in this multi-hundred-page site.

Titles which have risen from relative obscurity to join the ranks of the "super-pages" (= viewed on average one or more times a day) include favourite authors of mine such as Keith Laumer, Raymond Z Gallun, James Blish and Charles L Harness.  The same surge has happened to pages devoted to one particular book - see Red Planet and Earthlight.  Still more dramatic has been the rise from less than 1 to more than 2 views a day: see Sailing the Seven Spaceways, My Favorite Anthology, Uranian Eras and World of Never-Men.

Now for the jumps spotted further up the scale:

Those promoted from "super" to "para" (2 or more views a day) include: Arabella of Mars, Characters of Worlds, The First Men in the Moon, James A Corey, Robert Gibson, Planet X, Silicon Life, S M Stirling, The Sky People, Edmond Hamilton, An Approach to World-Building, Time Travel and Reality Change, Far Future, The Many Solar Systems Interpretation, Valeddom, Moral Dimensions, COMOLD and In the Courts of the Crimson Kings.

Leaping from "para" to "meta" (from 2+ to 3+ views a day): The Asteroid Progenitor Planet, Saturn, Mercury, Pellucidar, About Us, Leigh Brackett and Names.

(I've not mentioned the losers, those who went down the table or fell off it into the ranks of the non-super.  But in truth the risers outnumbered the fallers: 14 went off the list but 68 went on.  I will just specify one odd come-down, that of poor old Titan, which descended from 2+ to 1+ - and from 27th to 152rd place on the table.  Let's hope the Titanics enjoy a renaissance in 2021...) 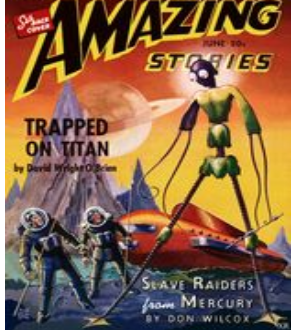 Looking back over the Diaries of previous years it is easy to note that the entries have been getting fewer.

Why should this be so?  Three answers whisper in my mind:

1.  "You've covered most of the important ground; you're running out of the real classic material.  Don't expect to find any more masterpieces to write about.  You're scraping the bottom of the barrel now."

2.  "You've been too busy teaching and writing - especially writing.  It takes effort to keep up the old-style intensive Diary.  Besides, you're not getting any younger."

3.  "It's natural that, having covered past literature, your effort should be directed at the future - at NOSS tales, both those written by you and those written by others.  That's what should occupy your thoughts now."

These three points do have some validity but I'm not comfortable with them.

With regard to the first point, all right, maybe the top masterpieces have been covered, but the second-rate stuff is still good (much better than the fifth-rate) and I certainly haven't got all of that yet.  Bear in mind that I only have two collections of the stories of Jack Williamson.  Most of his stuff I haven't seen.  And I wouldn't be a bit surprised if there are some cracking Edmond Hamilton tales I haven't heard of yet.  The existence of Treasure on Thunder Moon, set on Oberon, came as a complete surprise.  And this very morning, Dylan Jeninga alerted me to an author I'd not known about, one David Wright O'Brien (1918-1944), killed in action in World War Two, who by the end of his short life had over fifty published pulp-magazine tales to his credit.

The second point, about being too busy and getting old, yes, that's valid.  I don't even understand how I found the time and the energy to write all the pages which I have written.  I must have been a lot more dynamic even five years ago.  Still, I remain reasonably crepit...

The third point, about looking to the future - yes, it's fair enough.  The anthology series Vintage Worlds looks set to continue to infinity, and who knows how many budding NOSS novelists may blossom in the years to come?

With that heartening thought, I wish all you Diary-readers a belated Happy New Year.