a rose for ecclesiastes

Just over forty pages of wonder and mystery, this may well be the most thought-provoking and perfect of all novellas of this particular length that have been set on the planet Mars - at any rate since A Martian Odyssey.

Stid:  I'm not saying you're wrong, Zendexor, but this is a large claim.  I'm looking forward to seeing you justify it.

Zendexor:  Well, there aren't that many contenders, at this level.  Duel on Syrtis is only half the length, and Time To Rest less than half.  Of course I may be forgetting something obvious, but what my head is saying right now is that really the only yarn that can give A Rose for Ecclesiastes a run for its money is Omnilingual...

Harlei:  I was going to say, what about that one.  Omnilingual is a corker, and I really love it.  Admittedly, it only gives us the remains of dead Martians, but that's the point: it brings to life the challenge of uncovering the truth, of making dead records tell their story... 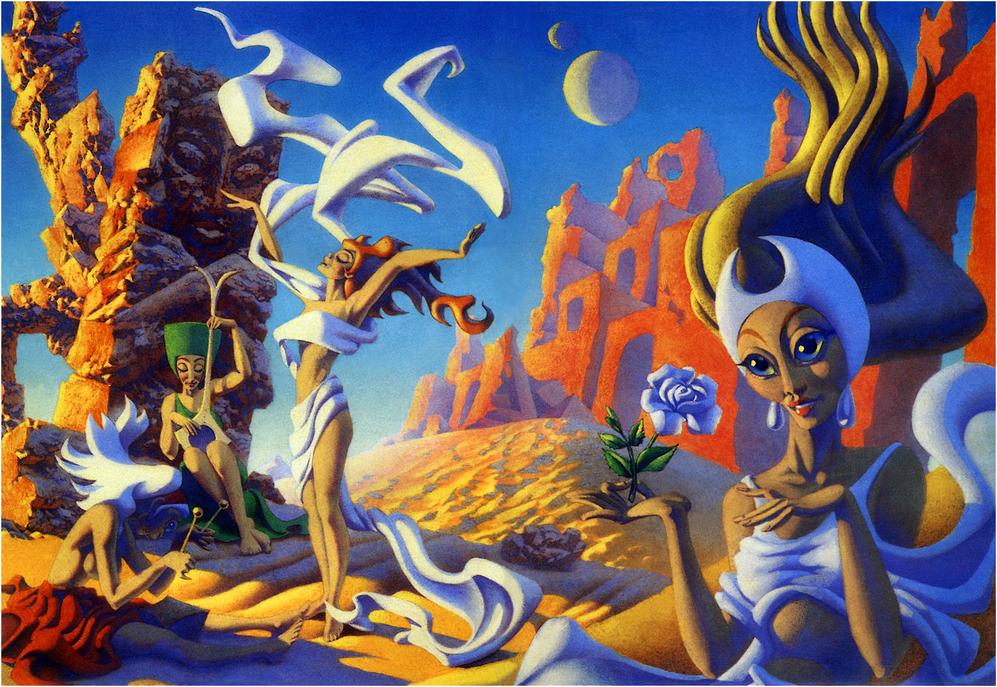 the illustration by Hannes Bok

Zendexor:  I know, and the way the mystery is solved is truly fascinating.  But you could argue that Zelazny goes one better.  He gives us a hidden-in-the-records mystery and links it to a living race.  And his lead character, Gallinger, vastly different to Piper's modest and idealistic Martha Dane, is even more expertly rendered: a misanthropic poet with a genius for languages, who cracks open the secret of a world.

I rose from my twistings on the bunk and crossed the darkened cabin to a port.  The desert was a carpet of endless orange, bulging from the sweepings of centuries beneath it.

I had the High Tongue by the tail already - or the roots, if you want your puns anatomical, as well as correct.

The High and Low Tongues were not so dissimilar as they had first seemed.  I had enough of the one to get me through the murkier parts of the other.  I had the grammar and all the commoner irregular verbs down cold; the dictionary I was constructing grew by the day, like a tulip, and would bloom shortly.  Every time I played the tapes the stem lengthened...

Harlei:  I found Gallinger a bit hard to stomach the first time, but -

Zendexor:  But one re-reads the story, eh?

Stid:  Let me offer a quote, and then I shall ask you something.  This is the bit where Gallinger goes out desperately searching for the Martian girl who has inexplicably disappered. 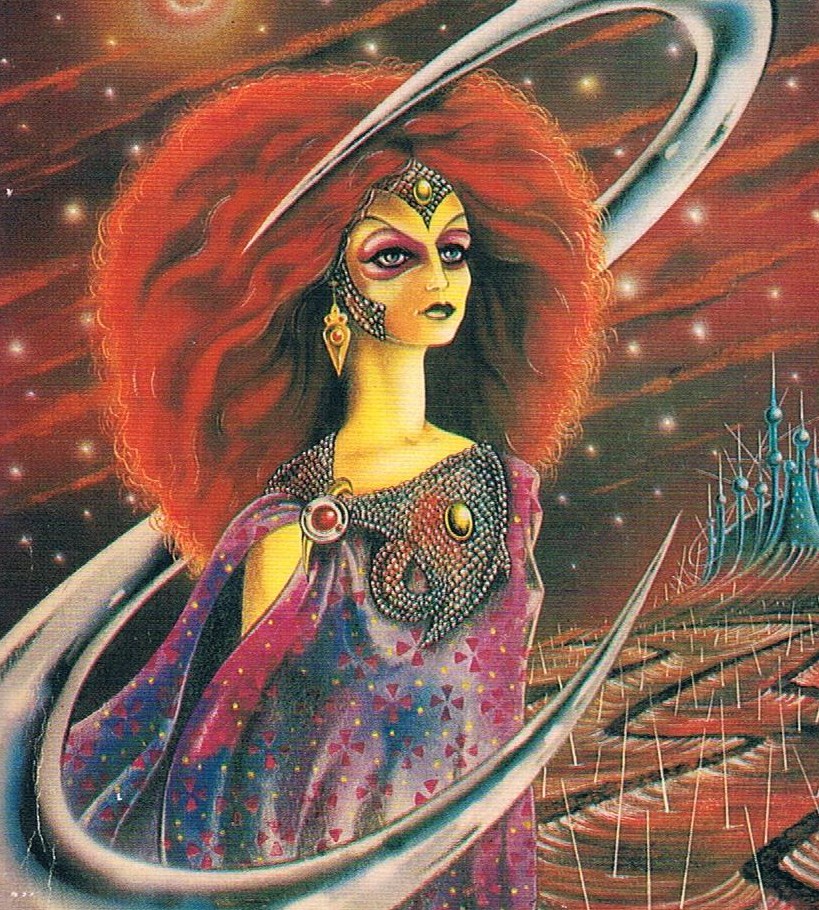 Up into the mountains now.  Far. Far.  The sky was a bucket of ice in which no moons floated.  The going became steeper, and the little donkey protested.  I whipped him with the throttle and went on.  Up.  Up.  I spotted a green, unwinking star, and felt a lump in my throat...  The donkey brayed, long and loudly, then began to cough.  I lashed him some more and he died.

I threw the emergency brake on and got out.  I began to walk.

Answer me this, Zendexor: why does he refer to his jeep, or truck, or whatever, as a donkey?  And regarding this sort of strenuous demand that Zelazny makes on the reader: why, may I ask, has it not put you off this story, as I know it has put you off the same author's famous Venus tale, The Doors of his Face, the Lamps of his Mouth?

Zendexor:  He refers to his jeepster as a donkey because - well, there are two answers.

The simplest answer is that he's already mentioned, about thirty pages back, that

...The jeepster, swaying and panting like a little donkey I once rode through the Himalayas, kept kicking me in the seat of the pants.  The Mountains of Tirellian shuffled their feet and moved toward me at a cockeyed angle.

Zendexor:  But perfect here.  You were asking me about the jeepster.  There's more to it.  By the time he goes out searching forlornly for the girl, Gallinger is in a mood to lash the obstacles around him.  The cussedness of things is becoming a personalised fate, to him.  That's how I see it.  That's why he won't view the jeep as just a jeep.

And now for your other question - why I lap this story up whereas I can't seem to get into the Venus one.

Let's admit, for a start, that Zelazny in general can be difficult, when one is not in the mood for his leaping style.  A writer who sparkles with wit can put demands on the reader who needs his own wits about him in order to keep up, and frankly, sometimes I'd rather just relax.  One can have too many rapier flashes of mordant allusion.

There's a reason, I reckon, why it works perfectly in the Mars story while it just irritates me in the Venus one.

The Venus story is a physical adventure and I find myself wanting the bread-and-butter realism of a more solid style.

The Mars story is a mystery, admittedly with logical underpinning, but packed with spiritual meaning.  It's the unfolding of that bud of meaning into the roseate petals of the dénouement which justify all the leaps and sparkles of style.

The clincher is this: while I wish that the Venus tale could be re-written another way, I can't imagine A Rose for Ecclesiastes written in any other way!

My problem with Zelazny's writing is the same as that which I have with Bradbury sometimes; all sparkle and spice and condiments and glitter...  Too much self-conscious brilliance. But in both writers, sometimes one finds they have hit on a theme which perfectly fits their style.  And then - wow.  Smack on target.

So do read and treasure A Rose for Ecclesiastes as a jewel among Mars tales.  A story which weaves its several strands of love, personal and cultural destiny, and religious and poetic significance, tying them all together most successfully and satisfyingly in its climactic topknot.

› A Rose for Ecclesiastes