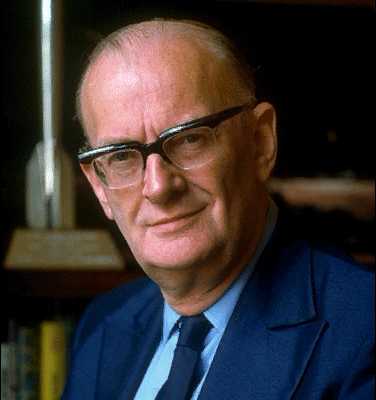 A hard-science author with a poet's gift for evocation.

There is nothing "retro" or science-fantasy about the writings of Clarke: he writes of what was believed to be possible at the time; nevertheless his style, at its best, can work such magic as to bathe the "realistic" in quite as much enchantment as the purest fantasy.  (Perhaps this is to be seen most of all in his epic of the far future, The City and the Stars.)

The fact remains, that his OSS output is OSS only by virtue of the date at which it was written.  Hence, as far as this site is concerned, the later the story, the more likely it is that it's "not our pidgin".

For example the great A Meeting with Medusa (1971) is hard to classify as OSS.  On the other hand the equally realistic-for-its-time Before Eden, published a decade earlier, is easy to include under the OSS umbrella.

Both tales tell of the discovery of alien life - the 1961 story, life on Venus; the 1971 novella, life on Jupiter.  But whereas Before Eden was soon made "out of date" by the discoveries of Mariner 2, and so can be granted its passport to OSS-land, the accuracy of A Meeting with Medusa remained un-refuted by the Pioneer and Voyager probes, so that if we're challenged to say what's OSS about it, we have to answer - nothing, seemingly.

Harlei:  But if it describes life on Jupiter...

Stid:  Yes but, you see, there might actually be life on Jupiter.  Here in our up-to-date New Solar System.  And if there is, it could well be as Clarke describes it.  Nothing to do with our quaint old OSS...

Zendexor:  We could argue all night about A Meeting with Medusa.  I'm the webmaster and I'm listing it.

Stid:  You might as well, at that.  I'm going to do a little volte face here and declare that perhaps Clarke is not always as much of a hard-science man as most people think.  Or at any rate, that on occasion, in playful or in optimistic mood, he allows his hard science to be softened with wishful thinking. 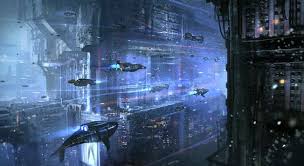 Zendexor:  Point taken.  Clarke's place in the OSS is a complicated issue.  His career straddles the onset of the Space Age.  And his style straddles the matter-of-fact and the poetic.  Personally, I believe he himself was confused and rather shallow philosophically - his intellect never did catch up with his far more profound imagination.  But that's veering towards another issue...  Here let's just agree that if you want to study the borderline, the fuzzy transition between OSS and NSS, you could do worse than investigate Clarke's work.

To illustrate the fluctuations of that OSS/NSS boundary, you could even narrow your focus to one particular year.

We've been arguing about A Meeting with Medusa.  Well, in the same year (1971) appeared Transit of Earth, his late Mars story, in which (despite the results from Mariners 4, 6 and 7, and despite the story's grimly realistic tone) he goes so far as to hint at the presence of heavy, advanced animal life on Mars.

There are no oceans here on Mars, nor have there been for at least five billion years.  But there is life of some kind, down there in the badlands of Chaos II, which we never had time to explore.

Those moving patches on the orbital photographs.  The evidence that whole areas of Mars have been swept clear of craters, by forces other than erosion.  The long-chain, optically active carbon molecules picked up by the atmospheric samplers.

And, of course, the mystery of Viking 6.  Even now, no one has been able to make any sense of those last instrument readings, before something large and heavy crushed the probe in the still, cold depths of the Martian night...

On the Sun and Mercury:  Out of the Sun.

On Venus:  Before Eden.

For the old space program: Prelude to Space;

for the oceans, The Deep Range and The Shining Ones;

for the far future, The City and the Stars

On the Moon:  the novels  Earthlight and A Fall of Moondust; short stories The Sentinel;    If I Forget Thee, Oh Earth...; Venture to the Moon (series of newpaper vignettes).

For "plying the space-lanes", see The Sands of Mars.

On Mars:  The Sands of Mars; Transit of Earth; Loophole; Trouble With Time.

On Jupiter:  A Meeting with Medusa (a great story, but hardly OSS, but it would be a shame not to mention it).  For Europa see 2010: Odyssey Two and 2061: Odyssey Three., likewise not at all OSS but (as it were) RSS trying to reach back as far as it can towards OSS...

Re the Saturn System: see the approach to Iapetus in 2001: A Space Odyssey.

On the Saturn system:

For A Fall of Moondust see the Diary entries, The Living Lifeless Moon
and Verticality.

For Clarke and technology, see the OSS Diary for 28th March 2017.

For Profiles of the Future see Rocket to the Renaissance.
And see The Lit-Dimension for more points arising from that chapter.

For Clarke at the OSS/NSS boundary, see the Diary, Niven and Clarke on the Cusp.
See also Genre definitions, for the view that Clarke's pre-Space Age novels deserve
to be classed as OSS in the proper romantic sense, despite their realism.

For Trouble with Time see Wide-Eyed Forward Gaze at 2012.

See Clarke Contradicting Himself for his Kalinga award acceptance speech, 1962.

For Clarke straying uncharacteristically off the beaten track of realism, as regards the possibility of actually visiting the giant planet, see Sneaking down to Jupiter.

Extracts: see  Impact of a Solarian on Mercury  -  A mobile carpet of Venusian plant life  -  Ticklish situation on Icarus  -  Radioactive Earth seen from the Moon
-  Enigmatic object on Iapetus.