what to see on
iapetus 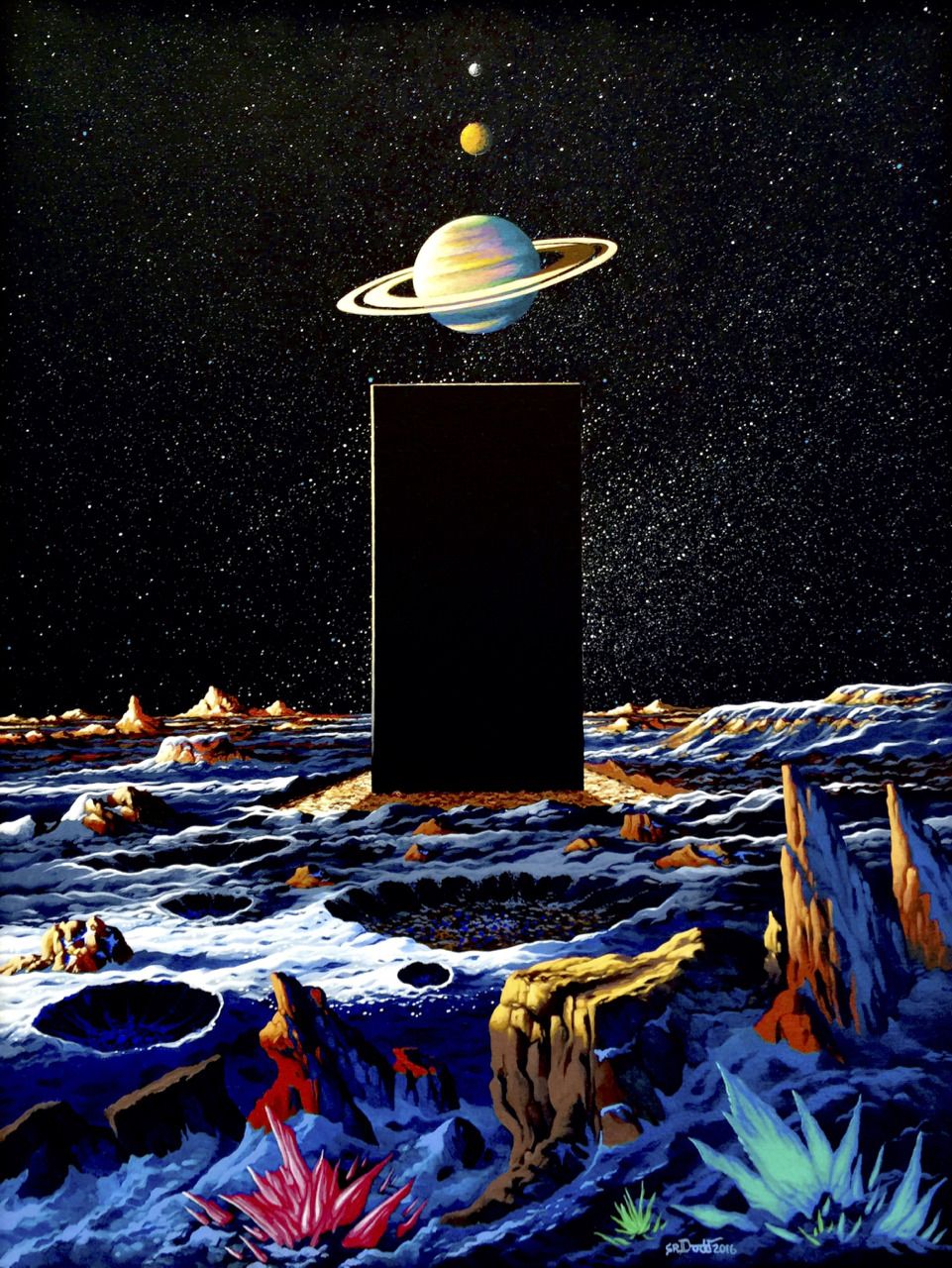 approaching a cave on iapetus

A brooding atmosphere seemed to rest over the scene as twenty vac-suited figures stepped from the two ships toward the black cave mouth at the nearest cliff’s base.  A ridiculously tiny sun overhead barely dispelled a deep gloom in the miniature valley.  Age-old, untouched by natural life, the ancient surroundings were an utterly alien motif against an unfamiliar blue-black sky.

Shelton cautiously led his party to the side of the cave mouth, approaching it along the cliff face.  Traft’s giant figure followed him eagerly, convinced it was a pirate’s nest that must be cleaned out.  Myra Benning’s smaller form was at his back, flanked by Ranger men, ready for any emergency.  Shelton had told them the salient points about the whole affair.

Stooping, they were able to gain the high lip of the cave and crouch behind it.  Then, carefully, heads were raised and eyes peered through visors into the cave.  There was not much to be seen except that it was huge and stretched out interminably.  Deep shadows hung on all sides, obscuring detail.

“See anything, men?” asked Shelton, his audio-vibrator carrying his voice to all of them.

A series of negatives was his response, and Shelton felt a queer sense of disappointment.

“There is something in that cave!”  Myra Benning’s voice was low, half breathless.  “I can’t see anything, but I can feel it!  Something is waiting there, waiting – “

﻿“…I still can’t make any sense of the white area.  It starts at an absolutely sharp-edged boundary, and shows no surface detail at all.  It could even be a liquid – it’s flat enough.  I don’t know what impression you’ve got from the videos I’ve transmitted, but if you picture a sea of frozen milk you’ve got the idea exactly.

“It could even be some heavy gas – no, I suppose that’s impossible.  Sometimes I get the feeling that it’s moving, very slowly; but I can never be sure…

“…I’m over the white area again, on my third orbit.  This time, I hope to pass closer to that mark I spotted at its very centre, when I was on my way in.  If my calculations are correct, I should go within fifty miles of it – whatever it is.

“…Yes, there’s something ahead, just where I calculated.  It’s coming up over the horizon – and so is Saturn, in almost the same quarter of the sky.  I’ll move to the telescope…

“Hello! – it looks like some kind of building – completely black – quite hard to see.  No windows or any other features.  Just a big, vertical slab – it must be at least a mile high to be visible from this distance…”