[ + links to:  An Approach to World-Building - The Archives of the Moon - The Drop - Kroth -
Man of the World - The Mare Frigoris Culture - Olhoav Map - Outlaws of Neptune - Reconstructions -  The Rise - Rescue on Dione - The Slavanns Must Play - Uranian Eras - Uranian Gleams - Uranian Throne - Uranian reference page - Ye Old Uranian Website - Valeddom - Reply re language and myth on Valeddom ]

Rather than go over ground that has been covered by others, Robert Gibson is a plugger of gaps in the Old Solar System - as well as augmenting the Earth by dimensional stretch... 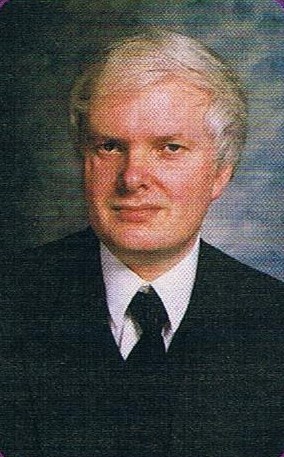 He also gives us a novel of "before-life" - and that particular tale, Man of the World, is also the only story I ever heard of that treats us to a "Matter-Universe", where habitable worlds must consist of the inside surfaces of globes of Space set in universal solidity, like the holes are set in a slab of gruyère cheese.

On other-dimensional counterparts of Earth:

The Kroth trilogy - The Slant, The Drop and The Rise - which take the reader to a universe with an absolute "up" and "down".

Man of the World, which takes the reader back to the cosmos prior to this - apparently an epic of "before-life", in which Earth is foreshadowed.

A tale stretching from 1943 to the far future:

On the Moon:  The Archives of the Moon and The Mare Frigoris Culture.

On Jupiter:  Flame Lords of Jupiter

In the Saturn system: The Arc of Iapetus and Rescue on Dione.

On Neptune:   Outlaws of Neptune.

Beings from Pluto:  The Slavanns Must Play

Stid:  Listen to this publisher's-blurb on the back cover of Uranian Gleams -

How's that for a bizarre combination?  Might as well cross Jane Austen with Robert E. Howard...

Zendexor:  Well, maybe one should.  But leaving aside your Austen-Howard match for another occasion, let's see if anything positive comes up when we take the Burroughs/Stapledon idea seriously.

At first sight Gibson's plots may seem un-Burroughsian insofar as they tend to lack out-and-out villains.  His heroes do encounter evil on occasion (especially Hugh Dent's encounter with the dread hourless tapede on Valeddom) but the more constant urge is to fulfil one's own potential and to show courage and retain one's wits in the face of drastic discoveries and turns of fate.  Fear or desperation, when they occur, are usually unrelated to blood and gore, and the "fate worse than death" is not the same in Gibson as it is in Burroughs:

...it would be stupid to face the corridor now.  Better tackle it when it's in a better mood.  This was dream-logic with its emotional laws... and yet once I had my hand on the doorknob, suddenly it was all no use.  My realistic self simply took over, and in sticky slow motion I could not retract my turn of the knob, the command from my brain, posted into the system of my nerves, wending its way towards delivery, was unstoppable, and while the timid side of me kept bleating that I should have stayed in bed, the door began to open under the pressure of my hand.

The first inch of opening let in a shaft of direct sunlight.  In some hard and precise way, from the intrusion of that light I knew that I was awake: the long run of denial was over.

I pushed the door fully open...

...Until then, if anyone had asked me what is the worst kind of fear, I would unhesitatingly have answered, "supernatural terror - of ogres, vampires, things that go bump in the night".  I now know that there is another dread which can match it.  Call it universal fear.  All other horrors seem mere drama when the stage itself starts to tip.

However, Gibson's plots are Burroughsian in their focus on colourful world-building and above all in the feeling they convey of the nearness of adventure, the sense that adventure is never far off for those who want it.  A mere step or a short flight will take you into it.

Zendexor:  It's not too thin a line of argument, once you start to pursue the culture and history of your imagined worlds.  In fact it's high time it was done more thoroughly, which is why in my view Uranian Gleams with its 100-page preface of "A Brief History of Ooranye" is a welcome development in the "sword and planet" genre.

Harlei:  Except they don't wear swords on Uranus.  Better call the genre "laser-and-planet".

Stid:  Too clumsy.  You want the first world to be a single syllable.

Zendexor:  "Duel-and-planet", then.  But in addition to individual challenges, we are given a sense of cumulative achievement, of the brave efforts of countless adventurers adding to civilization.

And:  Gibson and Asimov on the Fullness of Empty.

Notes by Christine Sims give impressions of The Drop and The Rise.

For RG's double nature see Turning Over a New Leaf.