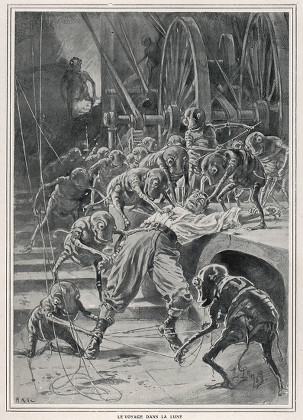 The Samuel Pepys of the OSS...

FROM CHAUCER TO PLUTO

For my birthday my brother game me Confessions of a Philosopher by Bryan Magee, and since then I've been reading it with enthralled fascination.

Perhaps it has played its part in nudging me to instantiate or reify [good words, these; just can't resist them] my tendency to regard Pluto as a proper planet despite the 2006 IAU decision which demoted it to "dwarf planet".

First, to explain where Chaucer fits in:

For my A-level English course in the sixth form at Hemel Hempstead school, one of my set texts was Chaucer's long poem in seven-line stanzas, Troilus and Criseyde.  Appreciation of this medieval work naturally involved learning something about what and how people of that period thought about the world.  One aspect I found memorable was their view of the mechanics of eyesight: that's to say, of what actually happens when we see something.

It's the opposite of our modern scientific view.  Chaucer's characters believe sight occurs by means of a beam of radiance shooting out from the eye and impacting the object of vision, not the other way round.

The implications are thought-provoking, to say the least.  It would mean that the more people look at a thing, the more that object gets splattered with the force of the various glances or stares. That ought to have some actual physical effect, if we apply Einstein's e = m c-squared and rearrange the equation to show that m [the gain in matter from reception of the radiation] = e [the energy of the process] divided by c-squared.  The effect is small of course.  But over time it should amount to something significant, I should have thought, in some cases; and here I tend to get diverted into one of my favourite unanswered questions, that of Earth-accretion.  I ponder how the Earth must must have gained a measurable amount of mass from all its bombardment by solar radiation over the ages... though maybe in the Earth's case this gain is smaller than the net loss caused by atmospheric leakage due to being knocked about by that same solar radiation... but hold on, I'm digressing.

Back to the Chaucer-Pluto line of argument, I shall develop the theme from that of sight as agency, to that of thought as agency:

The people who considered Pluto to be a planet, during the years 1930-2006 when officially it was so regarded, were affecting it physically, splattering it with their belief.  Every thought-missile hurled at it helped to accumulate its load of planethood.

Such an idea seems fanciful, yet reading Bryan Magee's book makes me more inclined to take it seriously (though that's not to say Magee would).  The distinction between observer and observed is, as we're frequently told, blurred in physics; but also I increasingly doubt the sharpness of the distinction between one object and another.  Without degenerating into some kind of monist mush, I nevertheless think that a kind of slurry, in which objects never achieve total separation one from another, is rather like how it is...  and so it's not so hard to view the planet Pluto and the folk on Earth who think about it as in a sense part of one ramshackle linked system.

The term "planet" is a cultural one anyway.  A planet is whatever people decide is a planet.  One can make up rules, but they are akin to descriptions of how we tend to feel, rather than scientifically meaningful constraints.  I suggest that apart from the giant Galilean satellites and Titan, a planet is an object with an average diameter of at least 1,000 miles [note this useful swipe at the metric system] which orbits a star, or (in the case of rogue planets) doesn't...

COMMUNICATION WITH THE MOON

A remark in an email some weeks ago which I received from my correspondent and contributor "Lone Wolf", has prompted me to tell any readers who may not already know, that the nineteenth century saw some fascinating thought given to the possibility of getting in touch with the Moon and Mars by means of visual signalling.

By searching for "Gauss' Pythagorean triangle proposal" you can find a long Wikipedia article which examines the possibility that the great mathematician proposed drawing a great right-angled triangle in Siberia which would be visible from another world.  The idea, in that pre-radio age, would be that the aliens might then respond by drawing a figure of their own, which we would recognize.

What haunts and fascinates me most about these old episodes in intellectual history, is the idea of how in those distant days circumstances allowed us to contemplate a solar system that was so enormously greater in human terms, compared with the probed and traversible one which we have now.

Also, it seems that Gauss in the 1820s was interested in using the visual technique to signal our neighbours in the Moon!  Imagine looking up at the Moon and seeing not a dead world but one which, according to prevalent ideas, was fairly likely to harbour intelligent life.

In a letter of 25th March 1822 to Heinrich Olbers, Gauss (according to the Wikipedia article) said:

"With 100 separate mirrors, each of 16 square feet, used conjointly, one would be able to send good heliotrope-light to the moon ... This would be a discovery even greater than that of America, if we could get in touch with our neighbors on the moon."