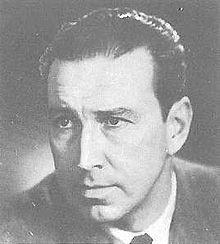 Stid:  I'll say this for you, Zendexor - you're ambitious.  You'll obviously never give up until you have put all your favourite SF authors onto your site, no matter how tenuous the conceptual link between their work and the Old Solar System.  "Keith Laumer and the Old Solar System", indeed!  Can't wait to see you pull this one off!  Unless of course you're going to rely just on his eerie Earth side.

Harlei:  And what about your "unalloyed by other virtues" remark?  Sounds like a back-handed compliment to me.  Watch it, Zendexor - I'm a Laumer fan through and through.

Zendexor:  I can deal with both of you, if you'll just listen.

Yes, all right, Harlei, my remark did sound like a back-handed compliment.  But it was not meant as such.  I'm trying to hit an elusive target.  A vital target - the secret of that special SF thrill which is so hard to pin down.

I don't think it's quite the same as the awe and wonder one gets from vistas of colourful, exotic adventure, or even the creation of wonderful civilizations such as that of Barsoom, though it can be linked with that.  You see, Barsoom is a masterpiece of unity-in-multiplicity, a "connected colourfulness", like Robert E Howard's Hyborian Age's setting for his Conan stories. 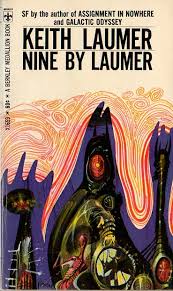 Laumer, by contrast, gives us almost no colour.  He is a monochrome writer or at most a "mezzotint writer", like Asimov.  And he is more intense than Asimov.

Laumer taps into what I can only call an intimate otherness that gives us a neat jolt of 100%-proof science-fiction thrill.  Asimov can do this too, but he also relies on a thrilling intellect - on brilliantly worked-out ideas; whereas Laumer, the more archetypal of the two, draws his power from images rather than intellect.

To tap into an archetype - it's easier said than done!  Done carelessly, it could result in something too fuzzily emotional, something that lacks that realistic bite that causes a tale to jump into focus.

Laumer gets round this problem in two ways.

In the first place, he is a master of realistic, tough, Chandler-esque dialogue and action.  He can expertly set his monochrome scenes of seedy ordinariness whenever they are necessary to provide contrast to an otherworldly theme.

In the second place, he is also a master of jargon.  He uses it not to obscure, but on the contrary, to dial the mood-focus appropriate to the theme.

I hope you're satisfied now, Harlei, that the last thing I wanted to do was to downgrade this splendid writer.  His lack of colour is a necessary narrowness, an advantage that concentrates his force, that propels his tales further into fascination.

Stid:  Harlei's looking happy, but meanwhile you've still got to deal with me.  There's the awkward lack of Solar System venues in Laumer's fiction...  Can you talk your way out of that, Zendexor?

Zendexor:  I can, and not just by citing his stories set on Planet Earth.  Mind you, his terrestrial settings are well worth mentioning, and I have discussed A Trip to the City on my eerie Earths page.  I could also - when I get the time - discuss his Catastrophe Planet on a page devoted to near-future geological upheavals.  You're not going to wean me off my determination to consider Planet Three as a full-fledged member of the Old Solar System. 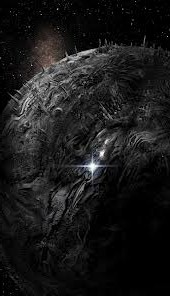 However, on occasion, Laumer does give some rare, valuable attention to other OSS locales.  He's especially good on the dark, sinister outermost reaches of the System.  A region that's especially well suited to a monochrome writer.

Earth:  A Trip to the City; Catastrophe Planet

Pluto:  The Other Sky

Trans-Plutonian planet:  End As A Hero

horrors in the seas of mud

End as a Hero gives us a frightful trans-Plutonian world - the dread planet of the Gool.

The hero, Grantham, is a "psychodynamician" (good example of Laumerian jargon propelling the tale along with a neat capsule of suggestion).  He's fighting a long-distance telepathic battle of wits with the Gool.

...The insinuating probe - a concept regarding which psychodynamicists had theorized - was no more than a pattern in emptiness...

But a pattern which I could duplicate, now that I had seen what had been done to me.

Hesitantly, I felt for the immaterial fabric of the continuum, warping and manipulating it, copying the Gool probe.  Like planes of paper-thin crystal, the polyfinite aspects of reality shifted into focus, aligning themselves.

Abruptly, a channel lay open.  As easily as I would stretch out my hand to pluck a moth from a night-flower, I reached across the unimagineable void - and sensed a pit blacker than the bottom floor of hell, and a glistening dark shape.

There was a soundless shriek.  "Effulgence!  It reached out - touched me!"

Using the technique I had grasped from the Gool itself, I struck, stifling the outcry, invaded the fetid blackness and grappled the obscene gelatinous immensity of the Gool spy as it spasmed in a frenzy of xenophobia - a ton of liver writhing at the bottom of a dark well. 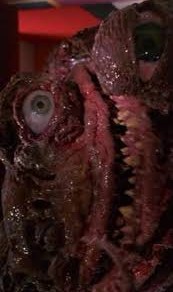 I clamped down control.  The Gool mind folded in on itself, gibbering.  Not pausing to rest, I followed up, probed along my channel of contact, tracing patterns, scanning the flaccid Gool mind...

I saw a world of yellow seas lapping at endless shores of mud.  There was a fuming pit, where liquid sulphur bubbled up from some inner source, filling an immense natural basin.  The Gool clustered at its rim, feeding, each monstrous shape heaving against its neighbors for a more favourable position...

Stid:  I see your point, Zendexor.  Still, this is only one story.

Zendexor:  But once read, never forgotten.  It gives voice to the possibility which occurs to us all now and then - that there may be some truly horrible things out there.

Fortunately, Psychodynamician Grantham proves to be a match (though only just) for the Gool's Prime Overlord.  And, he's also a match for certain obstructive types on his own side...  thick-headed officials, both civil and military, are a Laumerian stock-in-trade.  (And so is being made to feel that we know what it's like to be on the run.)

Stid:  Another objection to your analysis, which I've been saving until last because I'm not sure of it myself:

When you called Laumer a "monochrome" writer, I let you get away with it, because I - well, I sort of saw what you mean.  Yet how can it be true?  Consider this scene from Catastrophe Planet - you're now in Florida after the seismic cataclysm: 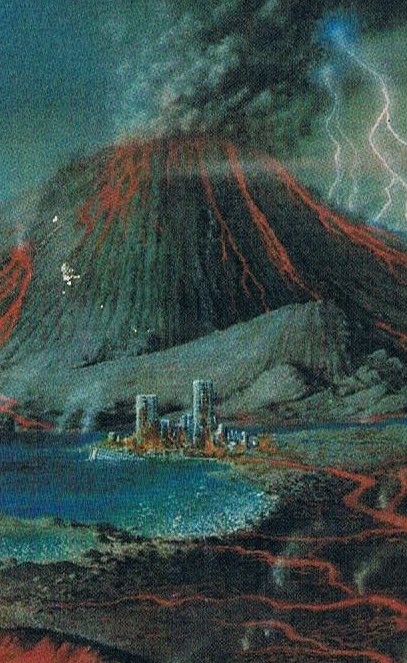 It was late afternoon.  The sun was a billious puffball that shed a melancholy light on cracked and tilted slabs of broken pavement.  In paces, the street was nearly blocked by heaps of rubble from fallen buildings; hoods and flanks of half-buried vehicles, mud-colored from a coating of dust, projected from the detritus.  The downtown portion was bad.  Not a building over two stories was left standing, and the streets were strewn with everything from bedsteads to bags of rotted potatoes.  It looked as though the backlash from one of the tidal waves from the coast had reached this far, spent its last energy finishing up what the quakes and fires had stated.

Clotted drifts of flotsam were caught in alley mouths and doorwars, and along the still-standing storefronts a dark line three feet from the ground indicated the highest reach of the flood waters.  A deposit of red silt had dried to an almost impalpable dust that the ragged wind whirled up into streamers to join the big clouds that rolled in endlessly from the west...

Zendexor:  You no doubt are moved by the "bilious puffball" and the "red silt" to say, literally, that there is colour in the scene.  Or you want to say it's colourful in the sense of being dramatic.  I agree, but really your example bears out what I'm saying.

I maintain that Laumer's writing is "monochrome" in the sense that it is driven more by some dark urgency in the plot-line, than by delight in the richness of an invented world to romp in.  Laumer gives us a universe of which the wonder and glory spring not from sensuous visual vistas but from some splendid menace which enriches the reader's consciousness with its mystery and its sinister majesty.  The word "doom" should be brought in here.  Laumer is good on doom, on fate, on cosmic tragedy, for instance in his non-OSS The Long Twilight.

For most of my life, I assumed that the stark environment of the last part of A Plague of Demons was that of Earth's Moon.  The blurb on my edition's back cover encourages this mistaken view.  As a matter of fact, I had been paying insufficient attention to the paragraph on page 131:

...A great gleaming planet had risen above the broken horizon, casting a bluish light across the darkling plateau.  I saw a gleam of white from a misty patch on the overcurve of the glaring world, the pale outlines of unfamiliar continents...

But the place is extremely lunar in character.  Almost more Moon-like than the Moon...

For the vigil-theme in Laumer, see the OSS Diary for 2016 October 2nd.

For his masterpiece of reality-change, Knight of Delusions, see the page on time travel and reality change.

For the forlorn-hope theme, especially in The Other Sky, see "Playing One's Last Card on Pluto" in the OSS Diary for 1st January 2017.  See also Leigh Brackett, Keith Laumer and Cosmic Tragedy.

See also my Diary entry which contains a revealing error - Keith Laumer and the Lurkers on the Moon.

For The House in November see Nebraska Invaded.