William Kidd knelt upon the cold stone floor in the complete blackness of the Condemned Hold in Newgate Prison. Heavy iron shackles lay loose upon wrists and ankles grown far thinner than when they’d first been fitted, and skin torn and scabrous from too-long acquaintance with the cold, rough metal. Chains rattled as he shifted into a somewhat less uncomfortable position. 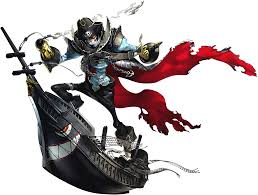 So begins a grand adventure tale of the sort Robert Louis Stevenson might have written, only with one hundred percent more Mars. Captain William Kidd was a real man, and in our timeline he was executed for piracy on the 23rd of May, 1701.

However, in David D. Levine’s The Wreck of the Mars Adventure, history takes a different path.

In fact, the timeline diverged from ours long before Captain Kidd; it was different all the way back at the Big Bang. We are introduced to a world where Edmond Halley commanded the first attempt to reach the Moon, and succeeded - sailing there in a ship propelled by balloons and sails which caught the winds of an atmosphere which extends out from the crust of the Earth and into the infinite reaches of space.

It sounds a bit strange, and it is, but Levine handles it with masterful ease and one never questions it for a second. After King William III offers to pardon Kidd if he agrees to captain a vessel bound for Mars (a perilous journey which has never been completed), we are quickly treated to a menagerie of enjoyable scenes, such as this one:

Sexton stood nearby, peering upward through his telescope, and Kidd moved closer to him. “Dr. Sexton,” he said, speaking low so that none of the other quarterdeck crew might hear, “I must confess myself uneasy. I’ve sailed through storms, battled pirates, and faced death by hanging, but this is the first time in my whole career I’ve felt such a tremulous sensation in my gut. My head is light as well, and my feet unsteady, and furthermore, the quartermaster has told me he feels the same. Could this be some disease of the upper atmosphere?”

Sexton snapped the telescope closed. “‘Tis nothing more than the reduction of gravitational attraction.”

With all his learning, Sexton sometimes lapsed into Latin without realizing he had done so. “What’s the treatment?” Kidd asked. “Bleeding? An emetic?”

The first two stories in the collection Old Mars feature a commentary of some sort. While they approach the problem of Mars from different angles, they both come to similar conclusions: “one should have respect, whether it’s for native cultures, art, or even the planet Mars itself.”  However -

The Wreck of the Mars Adventure sets out to remind the reader that it is equally important to have fun.

Even when our heroes attain the Red Planet and fall into particularly dire straits, the feeling of red-blooded adventure never vanishes.

By now, the great ruddy curve of Mars’s horizon had begun to straighten. A few thin wisps of cloud scudded by to either side, and even above. Sexton, bracing himself against the binnacle with his telescope, called out directions and made broad hand gestures, which Kidd fought to interpret into commands to his men. “Larboard sweeps up a point!” he called, and “Starboard, hold steady!”  The roar of the rigging was deafening.

Kidd didn’t always understand what Sexton was asking him to do. He suspected that Sexton himself didn’t know either. Often the men overcorrected, or misinterpreted Kidd’s commands - commands they’d never heard before. The ship rolled and pitched violently whenever a pair of men lost control of their oar for even a moment.

I’m hesitant to use too many quotes from this story, for fear of spoiling the suspense. But rest assured, it’s Old Mars as it’s most heart-pounding - if a bit different from we’re accustomed to.

What’s more, for fans of this particular story, good news abounds. The author has decided he wants to inhabit his Old Solar System a while longer, and has published a full-length novel which promises to show us not only Mars but other venues as well. It’s called Arabella of Mars, and having snuck the first few chapters at a local bookstore, I can vouch for its readability.

I’ve often said that the cold, hard, sinister Mars is my favorite. I don’t think that’s changed; however, The Wreck of the Mars Adventure has forced me to acknowledge that the blood-and-thunder Mars can easily be its equal, in the right hands.