We on this site are fond of habitable worlds, and the idea of a giant habitable world is especially enticing.  On the other hand, we're also preoccupied with the characters of worlds - and that can pull us down a different road. 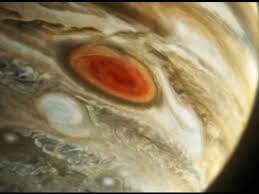 Stid:  Sure can!  Many a writer of Old Solar System tales has been drawn to the untameable, characters of the giant planets.  In fact - who knows? - such writers, who respect the majestic savagery of raw Nature, may form a majority.  The others, the Wishful Thinkers like Edgar Rice Burroughs and Edmond Hamilton, are fun to read but can't be taken too seriously.

Harlei:  I can take them seriously because I'm seriously determined to have fun.  And ERB's Jupiter, though habitable, is not exactly "tame".

Zendexor:  Quite - and as a matter of fact, Wishful Thinker Burroughs does definitely lift his hat in a gesture of respect to the "untameable" giant planet when John Carter, who has been kidnapped by the Skeleton Men of Jupiter and is en route to their world, reflects upon

...the vast accumulation of theories I was about to see shattered when I landed on Jupiter within the next twenty-four hours.  It certainly must be habitable for a race quite similar to our own...

You see what I mean: he's admitting that the habitability of Jupiter is surprising.  That means he's admitting the power of the alternative, non-habitable, ragingly inhuman idea of that world.  The flavour of that respect - we then find - colours his Jovian geography, with its stupendous oceans, volcanoes, forests, mountains...

Stid:  Well, either the place is habitable or it isn't.  The way you're waffling on, it seems you're imagining it both ways at the same time.

Zendexor:  Don't blame me - it's the way it is!  They say writing is a lonely job, and that is doubtless true, but, unbeknownst to the scribblers, they are engaged in a communal effort, each straining to catch their little fragment of something that's too big for any one story-background.  Analogy: "Jupiter" is a folder, enfolding the separate files, Skeleton Men of Jupiter and Bridge....  So, back of both of them, Jupiter lurks, not only huge in size, but huge in character, a quick-change artist flickering first one and then another guise, inhabited / uninhabited, two glinting facets of the imaginative truth which no one single story could possibly contain.  For as you say, Stid, a world cannot be both inhabited and uninhabited at the same time. 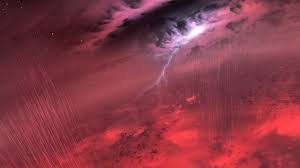 Stid:  Wow, Zendexor, you're giving me brain-ache.  Let me play the same game.  A thing can't be blue and red at the same time, but back of it all is lurking the transcendent category, Colour...  All very well, but you're saying it's possible to transcend the life / non-life dichotomy using the same style of argument, and I think that's a bit much (and please don't mention Schrödinger's Cat)...  I don't care what you say, Jupiter can't be alive and dead at the same time.

Zendexor:  But it is possible that "dead" is more alive than you think.  We've gone through this on the Moon page.  And on the Venus page we've argued out the phenomenon of widely disparate planetary versions uniting somehow in a transcendent planetary personality.

Bridge is a superb story that gives the raging Jupiter its due.  Though the glory of the Old Solar System lies mostly in its habitable worlds, Bridge reminds us that the giant planets also have something to say about what Nature can do when in the mood to deploy its awesome, hellishly violent, unendurable forces. 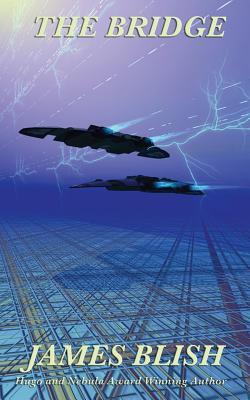 Six thousand miles below the Jovian cloud-tops, at a pressure of a million atmospheres, humans are building a structure - the "Bridge" of the story's title - in order to test the physics of extreme conditions.  The men (and women) who build and maintain the Bridge aren't physically on it - they are up on the moon Amalthea, doing their job by remote control.  But the remote controls have to be good, and so the crew cannot avoid experiencing what it's like down there in the raging dark -

...The little car, as flat-bottomed and thin through as a bedbug, got slowly under way on ball-bearing races, guided and held firmly to the surface of the Bridge by ten close-set flanged rails.  Even so, the hydrogen gales made a terrific sirenlike shrieking between the edge of the vehicle and the deck, and the impact of the falling drops of ammonia upon the curved roof was as heavy and deafening as a rain of cannon balls.  As a matter of fact, they weighed almost as much as cannon balls here, though they were not much bigger than ordinary raindrops.  Every so often, too, there was a blast, accompanied by a dull orange glare, which made the car, the deck, and the Bridge itself buck savagely...

Among other themes this is a tale about suggestibility.  The protagonist, crewman Robert Helmuth, is quite safe at his console up on Amalthea, except that he isn't - 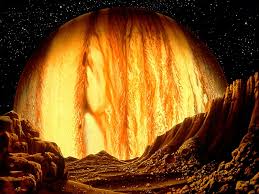 the view from Jupiter Five

"...I work four hours a day, every day, on the Bridge.  One of these days, Jupiter is going to destroy the Bridge.  It'll go flying away in little flinders into the storms.  My mind will be there, supervising some puny job, and my mind will go flying away along with my mechanical eyes and ears - still trying to adapt to the unthinkable, tumbling away into the winds and the flames and the rains and the darkness and the pressure and the cold..."

But lest you assume that it's all suggestibility, or all subjective and vague, it should be said that there is an impressive amount of precise, practical detail in the story.

The Bridge had been well planned.  From Helmuth's point of view almost nothing could be seen of it, for the beetle tracks ran down the center of the deck, and in the darkness and perpetual storm even ultrawave-assisted vision could not penetrate more than a few hundred yards at the most.  The width of the Bridge was eleven miles; its height, thirty miles; its length, deliberately unspecified in the plans, fifty-four miles at the moment - a squat, colossal structure, built with engineering principles, methods, materials, and tools never touched before -

For the very good reason that they would have been impossible anywhere else.  Most of the Bridge, for instance, was made of ice: a marvelous structural material under a pressure of a million atmospheres, at a temperature of -94° C. Under such conditions, the best structural steel is a friable talclike powder, and aluminum becomes a peculiar transparent substance that splits at a tap.

Harlei:  I suppose it's always dark down there...

Stid:  Afraid so.  6,000 miles below the cloud-tops: not much scope for sight-seeing.

Zendexor:  Not quite uninterrupted darkness. 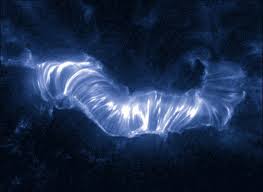 Ahead there was still nothing to be seen but the horizontal driving of the clouds and the hail, roaring along the length of the Bridge, out of the blackness into the beetle's fanlights, and onward into blackness again toward the horizon no eye would ever see.

Thirty miles below, the fusillade of hydrogen explosions continued.  Evidently something really wild was going on on the surface.  Helmuth could not remember having heard so much activity in years.

There was a flat, especially heavy crash, and a long line of fuming orange fire came pouring down the seething atmosphere into the depths, feathering horizontally...

Stid:  Something wild going on "on the surface"?

Zendexor:  Yes, for the Bridge has to be built on something.  This version of Jupiter has a surface - or rather, it has some areas which can accord with that term.  The Bridge, we are told, had been built on one of the "few permanent land-masses".  If it wasn't for that, Stid, you'd be doubting that this story could be classed as OSS at all.

Stid:  Chronologically it must count as OSS - having been published way back in 1952.  But in spirit, it is, you will agree, close to the Jupiter of the New Solar System.

Zendexor:  All the more reason to value its rare references to the Jovian surface, which are all we have with which to peg the tale onto the long and varied tradition of solid Jupiters.

The scanner on the foreman's board had given 114 as the sector of the trouble.  That was at the northwestern end of the Bridge, where it broke off, leaving nothing but the raging clouds of ammonia crystals and methane, and a sheer drop thirty miles to the invisible surface...

For the horrendous initial construction of the Bridge, see the Jupiter page.