the implicizer aimed at
robert a heinlein's

And yet, most of the time we're aware that the strict answer is "no".  Except in very "hard" sf, a tale's scientific rationale need only function as a kind of mood music, an accompaniment of excuses chosen to pay that moderate respect to realism which, by the achievement of literary rather than literal plausibility, will gain admittance to the dreamily colourful regions of the genre...

Stid:  In other words, a perfunctory nod in the direction of science is a kind of membership fee by which "soft" sf authors gain admittance to the ranks.

Zendexor:  If you like.  But for those who love the genre, the fee isn't grudgingly paid.  Our favourite writers know that the conventional scientific "nod", as you call it, is essential for the true sf "tang". 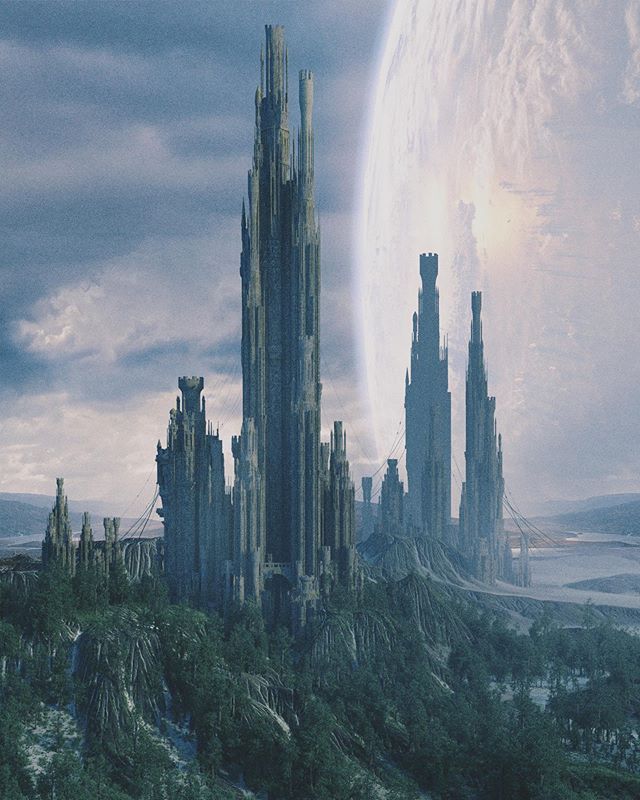 Moreover the "nod" may be more than perfunctory.  It may (to change the metaphor) sing in a tone whereby the "mood music" sounds very plausible.

Now, this page is a sequel to the Diary-entry, De-Luxe Science-Patter, in which I discuss the great use Heinlein makes, in his 1940 tale Blowups Happen, of the disputed origin of the lunar craters.  In the Diary I follow his arguments up to the point where they're about to lead to a theory that the ancient Moon was an inhabited world, killed by a nuclear disaster.

Stid:  Arguments which you yourself showed to be invalid.  So how do they add to the "tang"?  You either believe something to be really plausible, or you don't.

Harlei:  I must admit, when I read the story, I thought Heinlein's arguments good, fantastic though his conclusions were.  Do you think he believed them?

Zendexor:  My guess is no, but I dare say in those days he couldn't be sure... we're talking about a story that appeared back in 1940, remember.  But all this is by way of introduction.  My purpose in this page is not to focus on the plausibility of Heinlein's lunar history, but to expand upon it.

So, let's look at the tantalizing glimpse he gives us, and see what further goodies we can squeeze, draw or distil out of it... using the Implicizer.

The expert, a Captain Harrington "with something on his mind", presents evidence that neither the volcanic nor the impact hypotheses satisfactorily explain the lunar craters.  Then...

"Very well, then."  Harrington drew out of his briefcase a large photograph of the moon - a beautiful full-moon portrait made at Lick.  "I want you to imagine the moon as she might have been sometime in the past.  The dark areas we call 'seas' are actual oceans.  It has an atmosphere, perhaps a heavier gas than oxygen and nitrogen, but an active gas, capable of supporting some conceivable form of life..."

Stid:  Stop there.  What could this "active gas" be?

Harlei:  Does it matter?  This is the sort of thing Zendexor calls the mood music.  We know the Moon's gravity is too slight to retain an atmosphere like ours, so we appreciate being given the "heavier gas" excuse.

Stid:  I was just wondering whether the idea could be taken further...  I'm not a chemist.

Zendexor:  Neither am I.  Let's look for another point to try out our expansion-skills on.  The story continues:

"For this is an inhabited planet, inhabited by intelligent beings, beings capable of discovering atomic power and exploiting it!"

He pointed out on the photograph, near the southern limb, the lime-white circle of Tycho, with its shining, incredible, thousand-mile-long rays spreading, thrusting, jutting out from it.  "Here... here at Tycho was located their main atomic plant."  He moved his finger to a point near the equator, and somewhat east of meridian - the point where three great dark areas emerged, Mare Nubium, Mare Imbrium, Oceanus Procellarum - and picked out two bright splotches surrounded also by rays, but shorter, less distinct, and wavy.  "And here at Copernicus and at Kepler, on islands in the middle of a great ocean, were secondary power-stations."

Stid:  I don't think we can expand on this either.  It's take-it-or-leave-it.  Doesn't give us any clues for the Implicizer to work on.

Zendexor:  On the contrary!  It's just what the gadget needs.  How about you, Harlei; do you see it?

Harlei:  Using the fact that they had three power-plants instead of one, we could say: they either had different nations, or they didn't have an efficient world grid to send the power from just one central plant to every corner of the Moon, or the first main plant at Tycho wasn't powerful enough to do the job all on its own...

Zendexor:  Or all three!  But though this is a promising line of inquiry, thus far it's rather administrative, and doesn't tell us anything more personal about the mysterious Lunarians.  Let's go on:

He paused, and interpolated soberly, "Perhaps they knew the danger they ran, but wanted power so badly that they were willing to gamble the life of their race.  Perhaps they were ignorant of the ruinous possibilities of their little machines, or perhaps their mathematicians assured them that it could not happen.

"But we will never know... no one can ever know.  For it blew up and killed them - and it killed their planet.

"It whisked off the gassy envelope and blew it into outer space.  It may even have set up a chain reaction in that atmosphere.  It blasted great chunks off the planet's crust.  Perhaps some of that escaped completely, too, but all that did not reach the speed of escape fell back down in time and splashed great ring-shaped craters in the land.

"The oceans cushioned the shock; only the more massive fragments formed craters through the water.  Perhaps some life still remained in those ocean depths.  If so, it was doomed to die - for the water, unprotected by atmospheric pressure, could not remain liquid and must inevitably escape in time to outer space.  Its life-blood drained away.  The planet was dead - dead by suicide!"

Stid:  And there you are - finis.  End of evidence.  Lunar biosphere kaputt, Lunarians so thoroughly wiped out that we have no possibility of knowing even what they looked like.  I'm really interested, Zendexor, to see how your mental gadget will draw more implications out of this short account.

Zendexor:  By stretching the evidence: that's how it's done.

I shall use the fact that the three power-plants which are mentioned in the story - the ones at Tycho, Copernicus and Kepler - all seem to have blown up simultaneously.

It would be too much of a coincidence to believe that the same mistakes were made independently at the same time in all three.  And yet, they were simultaneous.  So - they must have been made by the same authority, the three plants acting as one, controlled by a mind that was one.

The implicizer proceeds thus to assume: a group-consciousness was in the process of taking over the ancient Moon.  It is a small world, and perhaps the idea of a single over-mind was held to be one way of making the struggle for survival more efficient.

On the other hand the development of the over-mind was not uncontested...

Stid:  Wow, Zendexor, you really are chewing more than you could possibly bite off.  But then I suppose that's how the implicizer works.  Now, let me get in on the game.  You just then suggested that some Lunarians were opposed to the developing over-mind.  Could that be something to do with the subsidiary power-plants on the "islands in the middle of a great ocean", i.e. the sites at Copernicus and Kepler?

Zendexor:  Precisely - and here we refer back to Harlei's focus upon the basic fact of the existence of three nuclear plants rather than one.  We can postulate a rivalry between nations, which gets subsumed into a different kind of struggle between the cultures of the individual and of the group-mind.  As both tensions reach a climax, the over-mind at Tycho achieves over-all control of the three key locations.

From that moment on, any mistake made in the running of the installations will be made simultaneously at all three of them...

Harlei:  This is working out fine; we've gained so much more than we had at the start!  So let's not stop here.  Since we're on a roll, we can keep the implicizer switched on for an hour or two longer while we explore what we can further deduce from our deductions...

Stid:  I think you'd better leave it for now, Harlei.  Zendexor's looking exhausted.  Let the readers take their turn.  I dare say they know how to work the thing...