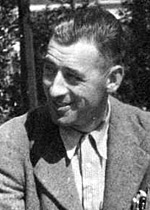 Some writers are particularly pleasing in their style, so much so that they can turn hackneyed plots into pure literary gold - tales that one reads and re-reads and from which one derives pleasure that lasts a lifetime.

Russell's ideas are fairly straightforward.  He uses the props of science fiction to make simple, healthy points about the deadening effects of bureaucracy and militarism, for instance.  But a lot of the time he is just having fun, playing with various themes and writing tales that scintillate, the scintillation arising not from any super-clever idea but just from the way he tells 'em.

Much of his output was set in interstellar regions, and is thus beyond the scope of this website.  Be that as it may: any story you see by Russell - grab it and enjoy.  Only his first novel, Sinister Barrier, seems to me less engaging than his usual style (though, ironically, it may be his most original work, as far as clever ideas are concerned).

A ship holed by a meteor in interplanetary space:  Jay Score.

Conspiracies concerning alleged influence by men from Mars:  Dreadful Sanctuary.
A visit to a post-disaster Earth by a poet from Mars:  Dear Devil.

the casual approach to spaceships

Destiny placed me at the top of the gangway the first time he appeared.  Our ship was the Upskadaska City, a brand new freighter with limited passenger accommodation, registered in the Venusian spaceport from which she took her name.  Needless to say she was known among hardened spacemen as the Upsydaisy.

We were lying in the Colorado Rocket Basin, north of Denver, with a fair load aboard, mostly watch-making machinery, agricultural equipment, aeronautical jigs and tools for Upskadaska, as well as a case of radium needles for the Venusian Cancer Research Institute.  There were eight passengers, all emigrating agriculturalists planning on making hay thirty million miles nearer the Sun.  We had ramped the vessel and were waiting for the blow-brothers-blow siren, due in forty minutes, when Jay Score arrived. 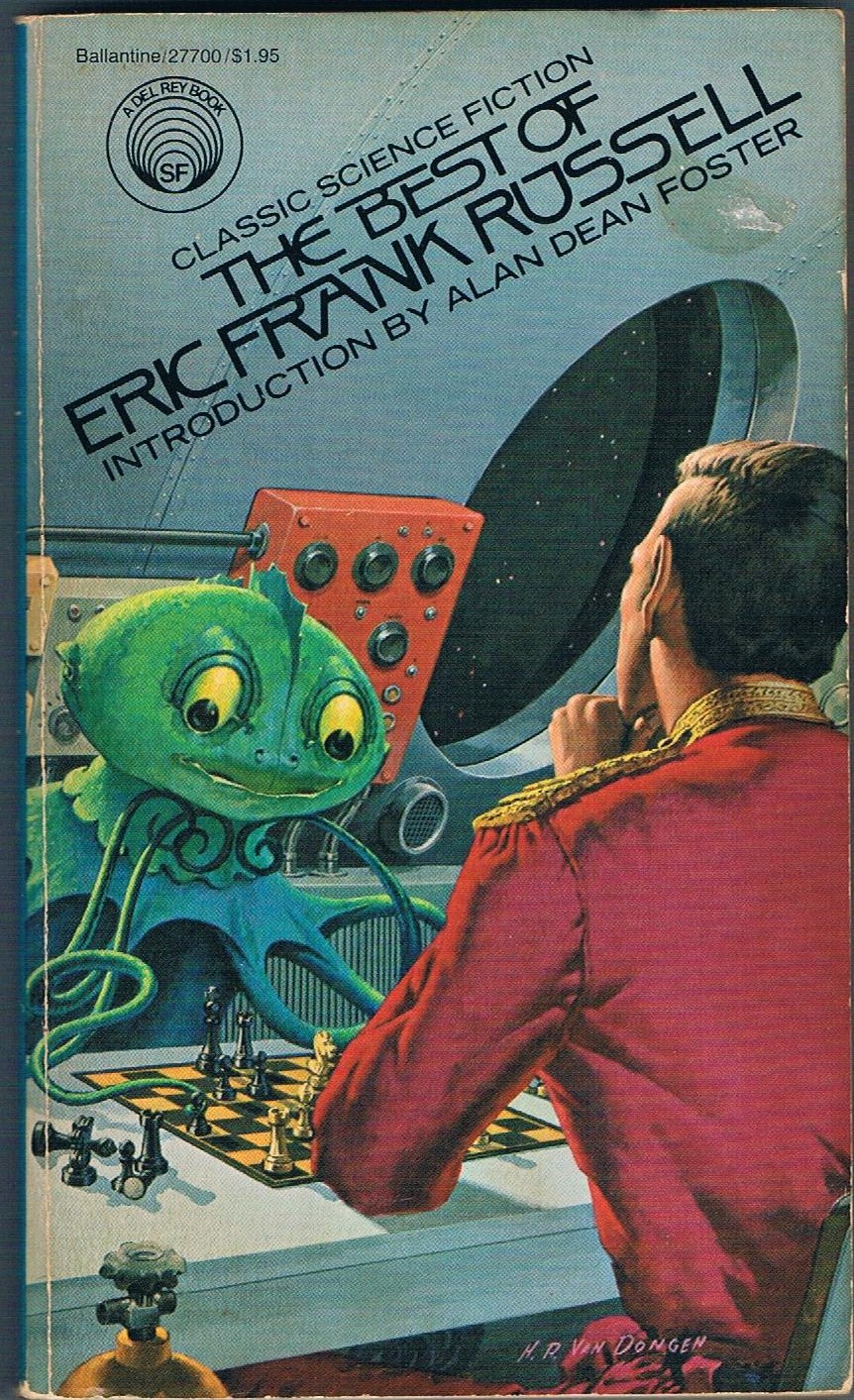 He was six feet nine, weighed at least three hundred pounds yet toted this bulk with the easy grace of a ballet dancer.  A big guy like that, moving like that, was something worth watching.  He came up the duralumin gangway with all the nonchalance of a tripper boarding the bus for Jackson's Creek.  From his hamlike right fist dangled a rawhide case not quite big enough to contain his bed and maybe a wardrobe or two.

Jay introduces himself as the new emergency pilot.  The narrator, somewhat awed by the man's size, also notes that his "eyes held fires resembling phosphorescence" - a fact which is explained later on.

"Welcome, Tiny," I offered, getting a crick in the neck as I stared up at him.  I did not offer my hand because I wanted it for use later on.  "Open your satchel and leave it in the sterilizing chamber.  You'll find the skipper in the bow."

"Thanks," he responded without the glimmer of a smile.  He stepped into the airlock, hauling the rawhide haybarn with him.

"We blast in forty minutes," I warned.

We may not always feel like re-reading stories which are slanted towards a punch-line in the final sentence.  It may often feel like listening to an oft-repeated joke or the answer to a riddle: there, that's that, no need to go through it again.  However, with Jay Score  these disadvantages do not apply.  No matter how many clues are scattered throughout the story as to Jay's real nature, we like to see him through the eyes of his unsuspecting crew-mates, and reserve our "surprise" till the awards-ceremony at the end.

Besides, the whole atmosphere of the story is a nostalgic delight.  Oh for the days when it was possible to believe that space-ships could be run like sea-ships as they ply the space-lanes!

See OSS Clues, NOSS News for The Prr-r-eet and The Big Dark, with creatures from the Asteroids and Rhea respectively.