we are all human after all
by
jamie ross

[ Jamie tells me: "The source for the story was Ismael Shamir's article Toilet Wars of which the ISS story is just a part.  You can confirm aspects in the other media.

"Controlling menstruation for women is space is a real issue and more use various birth control methods to pause their periods when in space. Needless to say, as longer stays in space become possible, this is going to have to be addressed." ] 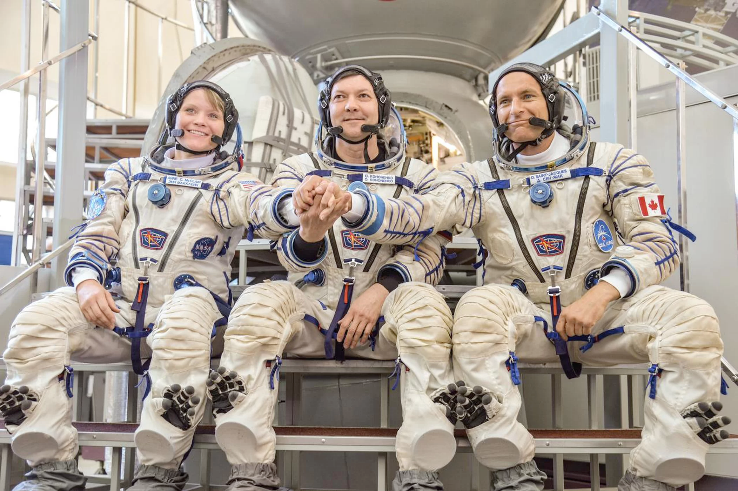 This column started from stories in the news of fights over toilets in space. Astronauts have carefully groomed PR, so, when astronauts from a certain country break their own facilities in a gender battle, it’s covered up.  When the said astronauts try to evacuate the station because they don’t like wearing diapers and living in a smelly habitat, they stage an emergency by drilling a hole on the wall of their neighbour’s toilet and blame the airleak on them.  But the neighbours, being creative people, handily fix the leak and the mission goes on. Needless to say the situation for the original astronauts stinks for many reasons.

This story is amusing to us here on the ground anyway, but it points out that the basics of human interaction don’t go away in space and shouldn’t even in our stories.  Female astronauts, for example, have to take hormones or birth control so they don’t have periods which, for obvious reasons, would be awkward in zero gravity.  There are many other accommodations that we humans have to make to survive in outer space that aren’t really discussed and rarely come up in our stories.

Few people know that Neil Armstrong had only 5 seconds of fuel remaining when he landed on the moon, barely skirting a complete disaster.  Alan Shepard noted that lunar dust wore through their tough boots in about an hour during their moonwalks.  Astronauts on a Shuttle mission with Rhesus monkeys learned the hard way that monkey urine turns into a fine mist which they then had to breathe for a couple of weeks.

Space exploration is dangerous business, and that doesn’t count what happens if we run into other life forms.

Stories about the Old Solar System work on the basic premise that the solar system is actually full of life that we have to learn to adapt to as humans. It also looks at it from the perspective of non-humans which forces us to empathise with a species totally foreign to us.

I would personally like to see our stories reflect real humans more and what that might entail as we explore our system.  In Joseph Campbell’s “Planeteers” story, “The Brain Stealers of Mars”,  Rod Blake sneezes when exposed to pepper. This makes Ted Penton realise he is the real Rod Black as no entity could spontaneously imitate such a complicated reflex as sneezing.  This is fairly simple example but it is a human touch missing from some of the mainstream SciFi I am reading at the moment.
FacebookTwitterPinterestTumblrRedditWhatsApp