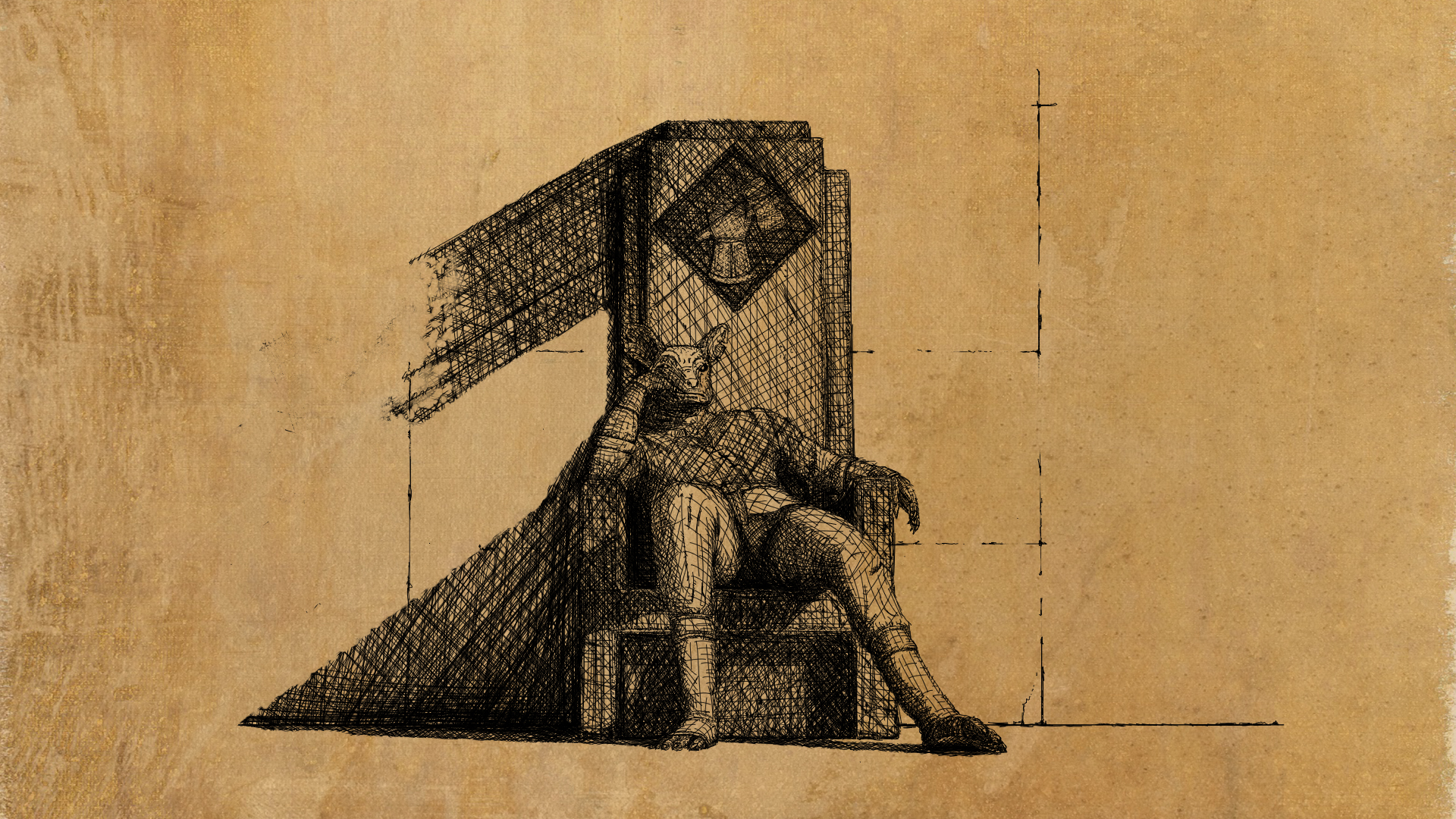 The Iron King. Savage, ambitious, ruthless. A slave condemned to toil for life in the vicious iron mines of Howlstone, the Iron King clawed his way to power, crowning himself ruler of the ancient city by instigating a slave revolt.

Howlstone, the oldest city in the Red Desert, had been decadent with a rotten core. The old king had surrounded himself with courtiers and ministers more interested in currying favor than in governing. Beneath the outward displays of wealth, the people of Howlstone had groaned under weight of the ruler's greed.

Born into lifelong servitude in the iron mines, a nameless slave had suffered the cruel lashes of his station in life. As the voracious appetite of the ruling elites in Howlstone grew, the lashes grew heavier and cut deeper.  Always, the slave questioned why. Why did he have to suffer this injustice, and what gave them the right to take his freedom away?  Where was it written that this was his life and there could be nothing more?  Resentment and rage grew within the slave until one day, a slave driver went too far.  The slave went into a berserk fury and crushed the slave driver's skull with his bare hands.

It would have spelled certain doom for the slave, but his blind rage pushed him through and pulled the rest of his fellow slaves into open revolt. Seizing control of the mines, the slave staged his rebellion, and slaughtered his way to power.

The Iron King now rules Howlstone with a pitiless guile that belied his brutish appearance. Under his merciless rule, the rot that had infested the city has been washed away by the blood of its former rulers. Order has returned to Howlstone, but whether its people are better off remains to be seen.....