the reality distortion field: 5
Who will next reach the moon?
by
jamie ross 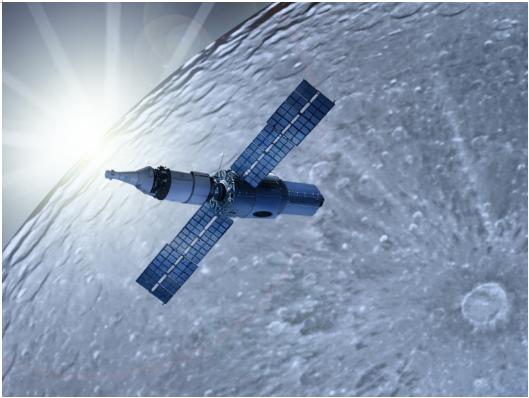 As you are all aware, we just passed the 50th Anniversary of the Apollo 11 Lunar Landing. We had a fascinating talk at our local library in Scarriff by retired Bell Engineer, John Kelly, who was the manufacturing manager for the ascent engine on the Lunar module.  The issues that were critical for his team were getting perfect welds and pumps and valves as there was only one chance and failure would leave the astronauts to die on the moon.   The fact they succeeded was a testament to very skilled people who would not accept failure.   That said, John didn’t see any reason so go back.  One woman asked when we would have space cities.  John’s reply was it is cold and dark and dangerous and there are a lot better places to go on Earth.  My own experience working on advanced technology projects pretty much confirms this.  Space is a really dangerous place and I am more than happy to send out robots until we really figure out how to tackle manned space travel.

The main problem with the US Apollo program was its motivation, which was to beat the Soviets.  There was no backing for anything beyond that and the Apollo 11 through 17 missions (except for 13) which landed crews on the lunar surface, lost public interest and support.   Astronauts really didn’t establish much beyond determining how dangerous and challenging the lunar environment was so there was no worthwhile goal found.  The program was disbanded and spacecraft engineers found themselves unemployed.  I was, in fact, one of the first new hires that Lockheed Missiles and Space took on in 1979.  The people whom I worked for had all worked on aspects of the NASA space program, and I can’t say that they seemed overly enthusiastic, many dying in their 50’s from overwork and stress.

When I joined, my generation, born at the start of the space age, had dreams of L5 orbital colonies, solar power satellites and trips to Mars.  None of these panned out of course, as any of them would have taken significant investment and resources.  Funding never emerged and the small $18B NASA budget, dwarfed by the $1,000B Military budget, to this day is only sufficient for some robot exploration and maintaining the ISS (without actually doing anything useful) and some advanced technology efforts.  Every time a new administration announced a new program, no money was added and then it was cancelled by the next administration who wanted something different, again without spending money.

This doesn’t mean the space program is dead.  The NASA guys are doing amazing robotic missions which are returning vast amounts of scientific data (unlike manned missions which bring back very few) and continue to impress and amaze with asteroid missions, Pluto and Mercury flybys etc.

The big action in manned space is really outside the US these days.  The Chinese just landed on the far side of the moon and are working on their third iteration of space station.  The Russians have a serious plan to send people to the moon starting in 2025.  The Indians have just launched a lunar mission which has a lander and other advanced technology.  NASA  and Roscosmos have both announced Lunar orbiting space stations but my bet is on the Russians and Chinese (which is a theme in my stories).

I suspect like so many other NASA initiatives, the NASA/ESA Lunary Gateway will look better in simulation than actual missions - for two main reasons.  First, the main thrust of the US space program has always been the military and intelligence communities with a total budget at least 5 times the NASA budget; in addition the classified programs do not share any technology with NASA so it lags behind.  Second, the US political system has not historically supported the multiyear funding required for actual progress in the manned program unlike the military which gets more money each year without any arguments.

So the smart money is on the Eurasian initiatives getting to the Moon. Keep an eye for steady progress.