the reality distortion field: 1
working in the space program
by
jamie ross

Zendexor has very graciously asked me to write a regular column on traditional-versus-real, and the degree of possible practical overlap between the two realities.  I thought that was a great challenge so this is my first ramble.  Feel free to send questions or topics you would like to hear about. 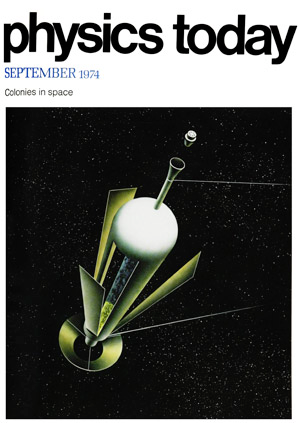 I think it was reading John Campbell’s The Planeteer’s and the characters Penton and Blake that pushed me onto my career path.   On a trip to New England one summer, my Mother suggested we stop at MIT in Cambridge and talk to someone about going there.   I was somewhat skeptical but the energy of the place was amazing and no one was more surprised than I was when they accepted me.   At that point I thought, I am going to go to MIT and learn to build rockets!

I majored in Aeronautics and Astronautics and took courses on rocket propulsion and  space systems engineering on top of the normal disciplines like aerodynamics, controls and thermodynamics.  I worked under famous professors and build and tested a solid state rocket engine, constructed a fibreglass segment of large space structures and performed design studies on Solar Power Satellites and the associated launch vehicles. I was really excited about actually working in the space program.

My job offers were analyzing Soviet weapons for the CIA, building missiles for Raytheon, working on unnamed projects for General Dynamics and working on satellite control systems for Lockheed.  I took the last one and was sitting beside the engineers who designed and build the Agena rocket used in the Gemini missions.  Space Telescope was being build nearby and NASA Ames Research Center was literally next door with exotic VSTOL and high altitude aircraft being tested.

A month or so into the work I was handed a form to fill out, 14 pages long and basically told to fill it out and not to ask questions.  It’s when I learned what the real space program was about. Over the next few years, I received high level clearances which allowed me to work on classified (Black) programs.  I discovered that public programs like Space Telescope were places they assigned engineers waiting for their clearances.  I also found out the real space program was about intelligence gathering and weapons and its budget dwarfed the public space program.  So like Von Braun and Oberth, I was drawn into a world I found increasingly uncomfortable to work in.

I made the choice to get out (which paid well) and work strictly on NASA and non-military programs.  I worked on the big Centrifuge planned for ISS, Advanced Space Suit, the Orion capsule and studies on Lunar Colonies and exploring the moons of Mars.  At least I was back in the right territory but in spite of various government pronouncements,  the budget allocated was a fraction of what was needed for manned space flight.  As a result, most of these programs sputtered out before being built.

Throughout all this I discovered that I was not alone.  I met many scientists and engineers inspired by Heinlein, Bradbury, Verne etc and who all really wanted to create this vision.  I still believe the drive to take a human to Mars was inspired by John Carter meeting a beautiful Martian Princess (though I suspect that was the single men involved.)

I think it is this interaction of Science Fiction ( and specifically the OSS genre) that  provided visions for my generation.   From Solar Power Satellites to O’Neill’s L5 colonies to the British Interplanetary Society’s Daedalus, they are amazing examples of what we thought we could actually accomplish.

I believe that part of our role as writers to create visions of worlds beyond and how we as humans might cope in them.  Next month I want to talk about some amazing finds from the current space science program and how they provide seeds for great stories.