This is that rare thing, a novel set on Mercury.  Moreover, if I tell you it came out in the 1950s -

Zendexor:  And to gladden the heart of a true OSS fan even further, we get given some intelligent native Mercurians.

Harlei:  You mean, a real Mercurian civilization?  Like in Valeddom?

Zendexor:  Not exactly a civilization, no.  Don't get too excited. 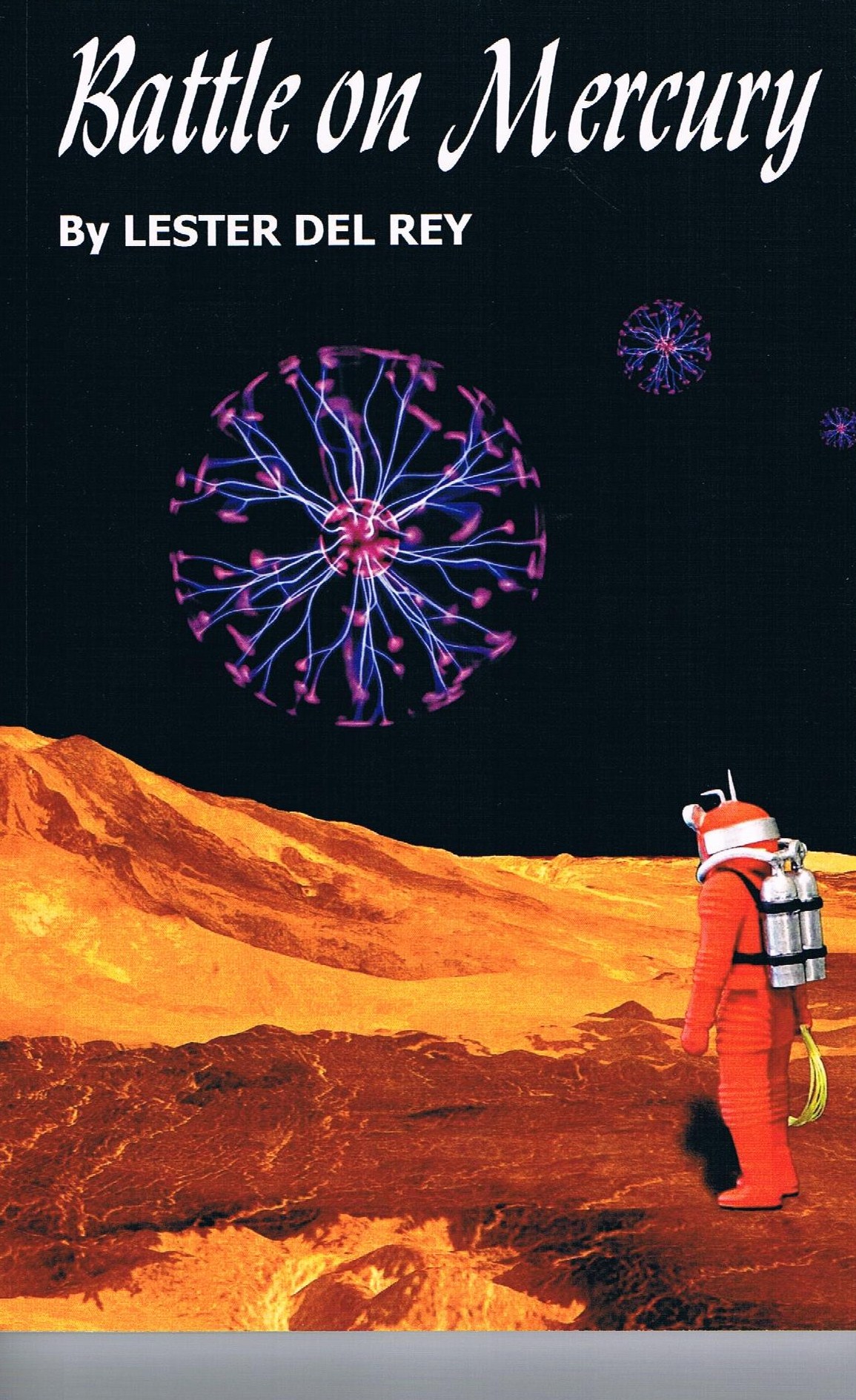 I had better say straightaway that Battle on Mercury starts off from a quite different perspective than that of the mostly Twilight-Belt-oriented Valeddom.  Gibson's novel gives us one dramatic sortie into the inferno of Dayside; Lester del Rey on the other hand gives us a hell of a lot more of it.  In fact it begins deep within that fiery realm, and most of the story has a Dayside setting.

During the first half of the book the action occurs in and around an outpost colony called Sigma Base, deep in the Hotlands.  The base is threatened by a solar storm.  It's impossible to summon help by radio.  The second half of the book therefore concerns an attempt to cross the hellish lands that separate Sigma Base from the Twilight Belt.  That's the bare bones of the story -

Stid:  Now flesh it out by telling us about the Mercurian life!  Presumably, in Hotside, it's not going to be "life as we know it".

Zendexor:  As usual I have to tread a fine line, between giving a proper idea of what the book is like, and giving too much away.  The veteran reader will already guess that the options are: silicon-creatures, and energy-creatures.

You get both sorts here, and believe me, they're all well done.  I want to say also, that I found the novel a nervy experience to read.  Tension builds up from misunderstandings between humans and the "wispies" - the electrically-charged flame-things which like to eat from the batteries in humans' supply-stores.

But the situation is saved by the friendship between a boy and a "pet" native...

Zendexor:  Though the Mercurian wispies are much more vulnerable than Heinlein's Martians, so that things are even more 'touch and go'.  Near the end of the story we're given hints concerning the creatures' history -

Stid:  History?  Do they have a recorded history?  Didn't you say there's no actual Mercurian civilization in this book?

Zendexor:  Depends what you mean.  There is a culture, of sorts.  No buildings or cities, but as to events - the wispies, and the silicones, and the demons (no, I'm not going to tell you what the demons are) acted and reacted upon each other momentously in the past.

So, although it's no Valeddom, the tale does have depth. 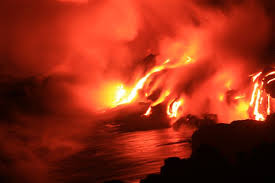 More personal reaction:  I don't much care for the engineering details in Battle on Mercury, because I'm not that way inclined, but the technical stuff does contribute to the sense of realism conveyed by the story.  And we have scientifically plausible speculation as to how the "wispies" or "spooks" first formed -

...Along one of the ridges to the left a thin strip of blue fire seemed to run.  It leaped up, and bounced back, to run on further.

"No," Rogers told him.  "No, and I wish it were.  Though that may be the way the spooks got started, from something like that that just accidentally hit on a pattern that had some degree of life.  No, that's just radiation from the sun hitting hard enough to break away free electrons from the rock...  it is really going to be a storm."

Another ingenious idea is that the wispies can inhabit human-built robot, direct its movements and make it talk.

Harlei:  That's a super idea.  Like the animated bulldozer in Sturgeon's story, only -

Zendexor:  Only this time it's trying to help, yes.  As you say, a super idea, and essential to the plot.

Let me lavish a bit more praise on the book, in addition to extolling its inventiveness as regards Mercurian life-forms.  I'll pick on two "plusses".  There's a most impressive episode describing an attempt at an emergency rocket-flight: the narration puts the reader's heart into his mouth.  And I very much liked the sortie into Darkside to replenish space-suit tanks with frozen oxygen.  (I wonder if solid oxygen really does look bluish?  Seems right, somehow.)  This sort of narration brings old Mercury alive, even the parts that are dead.  (Valeddom does this too.)

Stid:  You mention Valeddom again.  It makes me wonder, are you really sizing up del Rey's book in its own terms, or in terms of another? 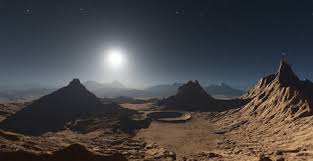 Zendexor:  I think there's no escape from the comparison - the field of serious Mercury novels appears to be restricted to those two!  So let me sum up the contrasts between them.

Valeddom gives us native Mercurian humanity, to the degree that Barsoom gives us Martian humanity, at least as far as is possible in one volume.  We visit two human city-states and one siliconoid metropolis, we sortie into Dayside and Nightside, and we glimpse the past history of the planet through the archives of the ultimate language.  This is a world you can wander in, freely, at least in the Twilight Belt.

Battle on Mercury on the other hand gives us a Mercury sparsely colonized by Earth-folk, plus insight into native life-forms consisting of balls of electric energy.  You can't walk around outside except in a space-suit.

But - both are Mercury!  And there you have the Old Solar System's magic associational power at work.